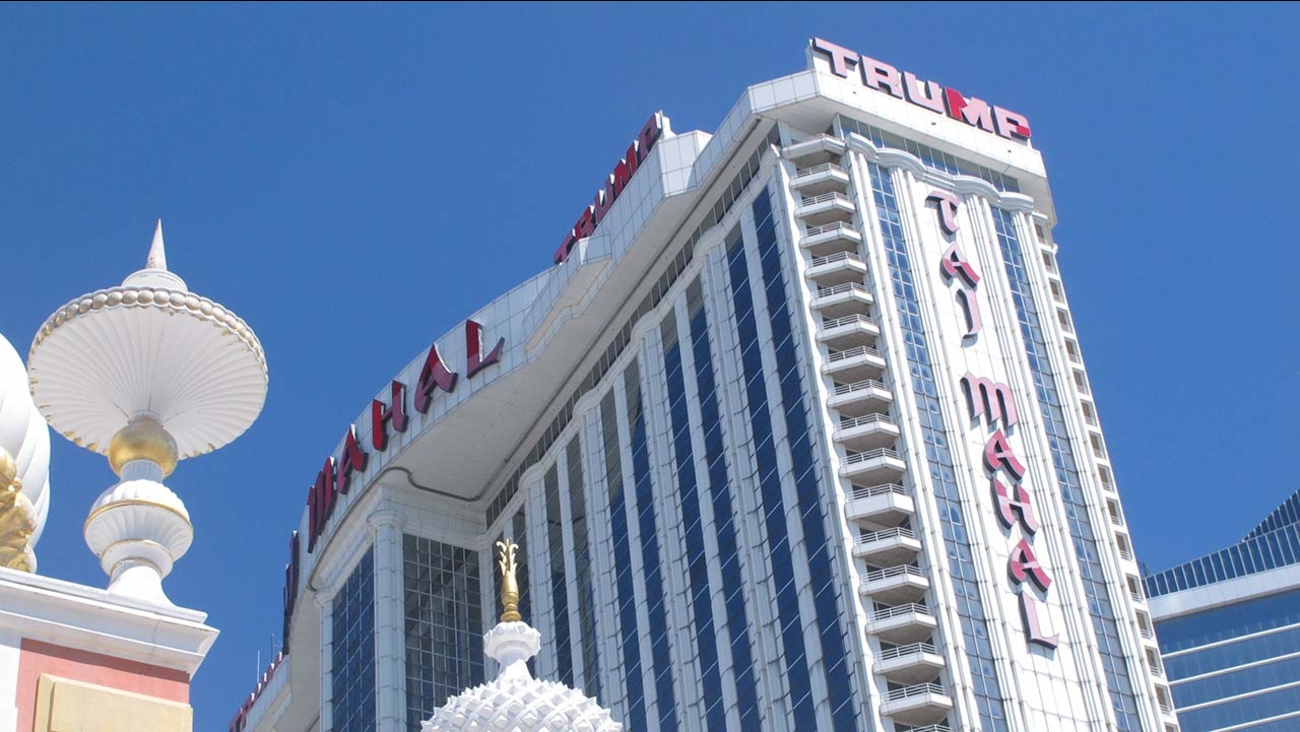 ATLANTIC CITY, N.J. -- Two shuttered Atlantic City casinos will reopen Thursday under new names and new ownership. The former Trump Taj Mahal will reopen as the Hard Rock, and the former Revel will reopen as the Ocean Resort Casino. Their shutdowns caused considerable concern about the future of the seaside gambling resort, where five of the 12 casinos closed since 2014.

But the reopenings of Hard Rock and Ocean Resort are sparking some hope that better days are here.

Some key dates and developments in the history of both:

September 2007: Revel Entertainment and partner Morgan Stanley file plans for a new casino and 3,800 hotel rooms. It would be the first new casino in Atlantic City since the Borgata opened in 2003.

Jan. 28, 2009: Revel Entertainment runs out of money halfway through the project and slows construction of the casino, saying it will finish the exterior while looking for money to build the rest.

April 22, 2010: Morgan Stanley decides it's better to take a $932 million loss on Revel than to spend an additional $1 billion to finish the project. Its decision to pull out sets off a scramble for new financing that spans the globe, including inquiries in China.

Feb. 1, 2011: New Jersey Gov. Chris Christie announces Revel has secured its remaining financing, and he signs bills designed to revive Atlantic City, including the creation of a state-supervised Tourism District. The state authorizes $261 million in tax-increment financing through its Economic Development Authority. But the aid is to flow only after Revel reaches certain profitability thresholds, which it never does.

Feb. 2011: Revel scales down its plans, eliminating a proposed second hotel tower that reduces the number of rooms to about 1,399.

Sept. 15, 2011: A construction worker is struck by lightning and killed while working outside at Revel.

May 9, 2012: Revel's $13 million in casino winnings ranks it near the bottom of Atlantic City's 12 casinos -a spot it would occupy for its two-year existence.

Feb. 19, 2013: Revel announces it will file for bankruptcy in March to eliminate $1 billion in debt by converting it into equity for lenders.

May 21, 2013: Revel exits bankruptcy court by giving lenders an 82 percent stake in the property.

June 19, 2014: Revel files for bankruptcy again and warns it will close if a buyer cannot be found in a court-approved auction. A Revel lawyer tells a bankruptcy judge the casino is "a melting ice cube."

Jan. 8, 2018: Having failed to reopen Revel in nearly three years, Straub sells it to Colorado developer Bruce Deifik, who changes the name to Ocean Resort Casino and sets about addressing numerous patron complaints about the former Revel.

May 14, 1990: New Jersey casino regulators report the Taj Mahal took in $34.3 million in its first month, the most ever in one month for an Atlantic City casino as of that date.

July 18, 1991: The Taj Mahal files for bankruptcy, the first of many such filings.

May 27, 2009: A man harboring a belief that all casinos cheat walks onto the casino floor of the Taj Mahal and fatally shoots a veteran casino shift manager.

May 21, 2010: A North Bergen, New Jersey, man who had dropped his wife and daughters off at the casino entrance, is kidnapped from the parking garage at the Taj Mahal, driven to a rural area and killed.

Sept. 18, 2011: An Old Bridge, New Jersey, man is shot to death, and his companion wounded in the second fatal carjacking from the Taj Mahal garage in just over a year.

Sept. 10, 2014: Trump's casino company, Trump Entertainment Resorts, files yet another bankruptcy petition and warns it might have to close the Taj Majal.

Dec. 18: 2014: Billionaire investor Carl Icahn, who has been buying up the Taj Mahal's debt at discount rates, gives it $20 million to help it stay open.

July 1, 2016: Local 54 of the Unite-Here casino workers union goes on strike against the Taj Mahal after failing to reach a contract with Icahn to restore benefits stripped away in bankruptcy court.

Oct. 10, 2016: Taj Mahal closes. Donald Trump, who is less than a month away from being elected president, tells The Associated Press there is "no reason" the casino should be shutting down.

March 1, 2017: Icahn agrees to sell Taj Mahal to Hard Rock International for $50 million (or about 4 cents on the dollar from what it cost to build it). Hard Rock says it will invest at least $350 million on a complete re-do of the casino, a figure that later rises to $500 million.

March 23, 2018: Hard Rock graduates 15 young Atlantic City residents from a program its owners set up to train local people for careers in the construction industry, giving them jobs on the casino project or one involving a new college campus the same builders are doing.

May 9, 2018: Hard Rock is granted a casino license to operate the former Taj Mahal.