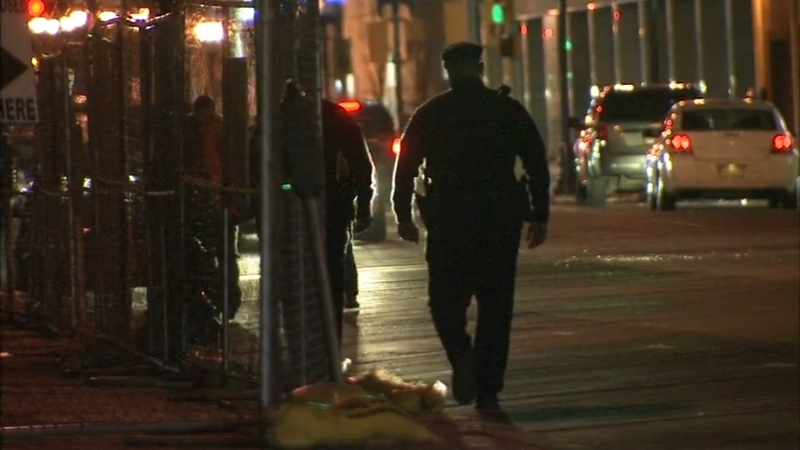 CAMDEN, N.J. (WPVI) -- There was a bad batch of heroin that went out on the streets of Camden Friday, and police want to warn people that if you have loved ones who may be on the throes of addiction, you may want to keep an eye on them.

Cooper Trauma Center ambulances were kept busy today and to some degree because of people overdosing on bad heroin.

Police spokesman Dan Keashen said, "Today we know that dealers have put poison out on the street. People, unfortunately, were suffering from it."

Within hours, police say there have been twelve overdoses reported from heroin laced with an unknown substance.

Four of those people died. Police are not identifying the stamp on the bags being used and there is a reason.

"When we start to identify the type of brands of narcotics that are on the street, unfortunately, people will rush to try to get them," Keashen said.

Milena, a recovering addict said, "It's a crazy drug, it's a devil. Heroin is a devil."

Milena would know, she struggled with addiction for five or six years before her family forced her to get help.

"And it will get to you, it will bring you to the bottom, you have to do some stuff that you never did in your life," she said.

One homeless man who did not want to be identified says he's seen several other homeless people overdose on heroin.

He said, "Found them underneath a bridge, not breathing, purple. I beat on their chest, bang them around as best I can, and call the ambulance."

Police want to warn people to keep an eye on their addicted relatives and friends.

In this instance when we have this type of spike, that they identify where their loved ones are, and that they make sure they have Naloxone on them.

All Camden officers carry Narcan with them. And they want to make sure everyone is aware of what is going out here.

They also have extra resources out on the streets trying to catch those who are peddling this poison.