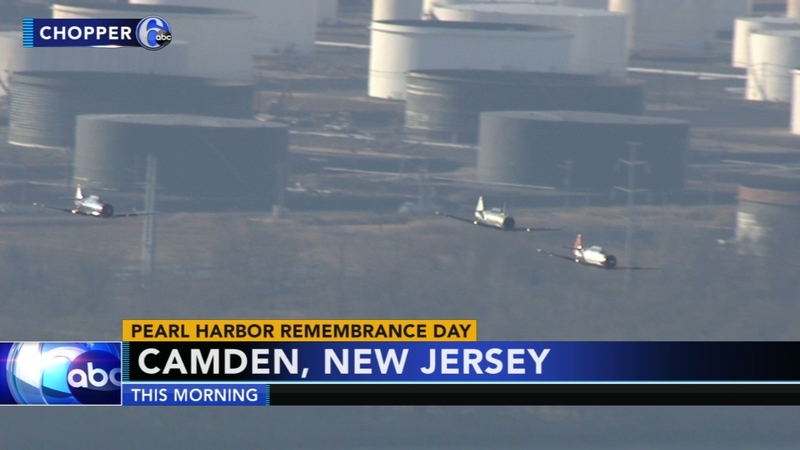 CAMDEN, N.J. (WPVI) -- On December 7, 1941 the United States was drawn into World War Two when Japanese forces attacked without warning the U.S. Navy Base at Pearl Harbor, Hawaii.

Thursday morning, exactly 76 years later, they commemorated that day on the U.S.S. New Jersey along the Camden, New Jersey waterfront.

Chopper 6 hovered nearby as a squadron of vintage T-6 Texas Trainer propeller planes flew over a group of veterans and current service members who were gathered on the deck of the historic battleship.

A battleship volunteer played taps and an honor guard cast a wreath into the Delaware River in honor of the more than 2,300 American lives lost on that fateful day.
----------