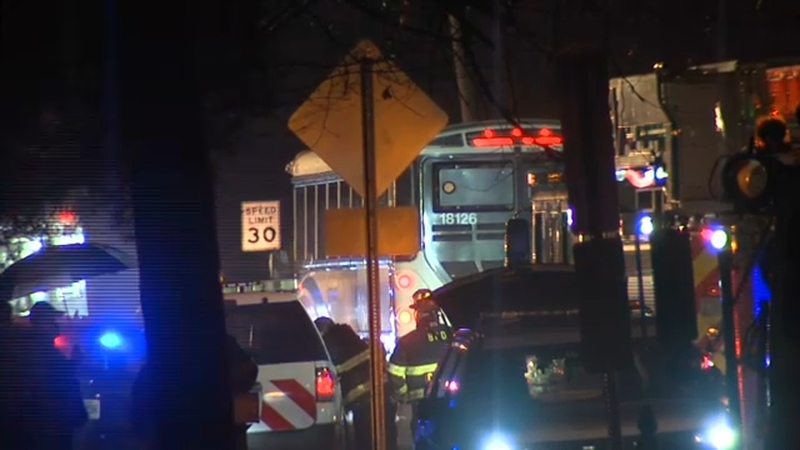 The 409 bus, traveling from Trenton Atlantic City, was on its way to pick up a passenger when it struck a person around 10:30 p.m. Friday near the 200 block of 4th Street in Fieldsboro, a NJ Transit spokesperson told Action News.

Officials said the driver stopped immediately after the crash.

The victim was pronounced dead at the scene. The person's identity has not been released.

There were six passengers on board the bus at the time, officials said. No other injuries were reported.