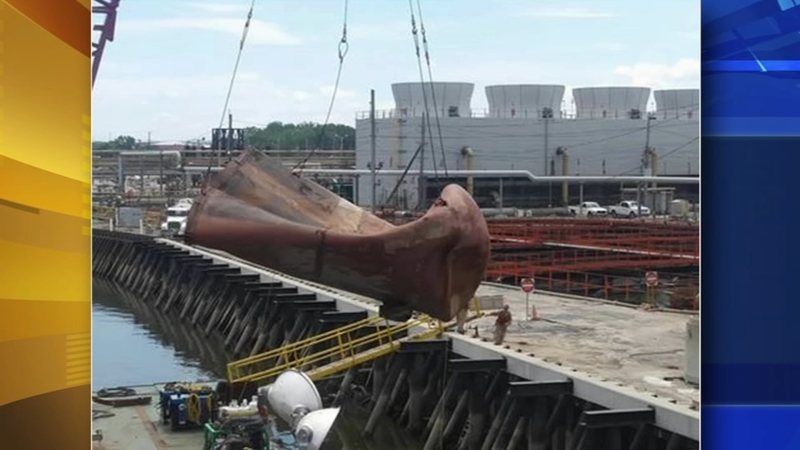 PHILADELPHIA (WPVI) -- Friday's massive fire at a South Philadelphia refinery may be out, but the investigation into what caused at least three explosions is just getting underway.

Video from Chopper 6 HD shows what Philadelphia Energy Solutions looked like on Monday.

It's our first look at the refinery since a series of blasts shook the Delaware Valley more than 72 hours ago.

Though the fires were declared under control on Saturday, firefighters are still spraying water on the area that exploded.

We also got our first look at the tank that exploded.

An Action News viewer sent us photos showing workers lifting the mangled container from the refinery grounds, so investigators could get a closer look.

Five employees were hurt in the incident, but none of the injuries were serious.

Meanwhile, viewer video is still coming in from the blast.

She says she couldn't figure out what the baby monitor captured at first.