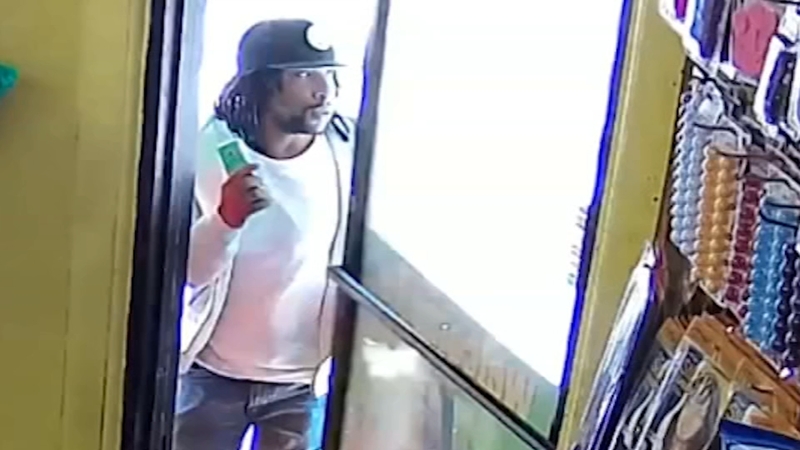 PHILADELPHIA (WPVI) -- Philadelphia police released new video Tuesday of the suspect they're looking for in connection to a shooting over the weekend.

It happened around 2:30 p.m. Sunday on the 5200 block of Kershaw Street in West Philadelphia.

Three men were sitting in a white Chevy Malibu parked on the block when a gunman opened fire.

In the video you can see the suspect fire several shots at the car.

Police say the suspect then walked into a nearby store briefly before running off.

The gunfire also struck the side window of a different nearby car.