Chiefs OC Doug Pederson expected to be a leading candidate for Philadelphia HC job, per sources. Pederson coached in Philly from 2009-12.

Pederson spent four seasons as an offensive assistant under Andy Reid in Philadelphia from 2009 to 2012. Pederson then followed Reid to Kansas City, where he has been the Chiefs' offensive coordinator since 2013.

Pederson, 47, also spent 10 years as a quarterback in the NFL, including the 1999 season in Philadelphia.

The Eagles are seeking a replacement for Chip Kelly, who was fired Tuesday. Eagles owner Jeffrey Lurie acknowledged that he fired Kelly before the season ended in order to start the process of finding a new coach.

Eagles running backs coach Duce Staley, a teammate of Pederson's in Philadelphia and a favorite of Lurie's, already has interviewed for the job.

Lurie also said he hasn't ruled out offensive coordinator Pat Shurmur, who will serve as the Eagles' interim coach for Week 17 against the Giants, or any other members of the current staff as candidates. 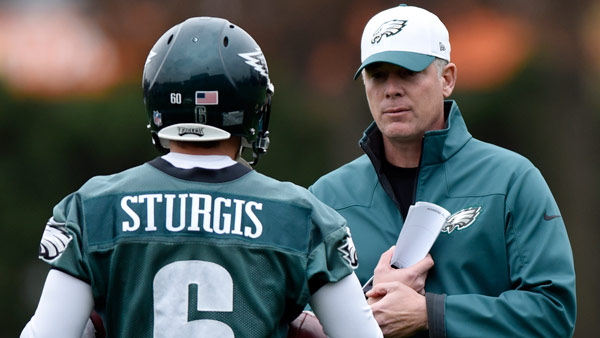 VIDEO: Eagles prepare for Giants
Instead of meeting in the regular-season finale for a playoff berth, the Philadelphia Eagles and New York Giants are facing the consequences of missing the playoffs again.
Related topics:
sportsaction news sportsphiladelphia eagles
Copyright © 2021 WPVI-TV. All Rights Reserved.
RELATED 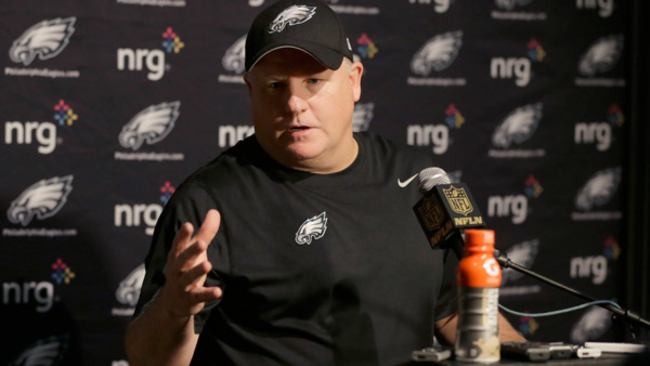 Chip Kelly: I regret we did not bring Philly fans the championship
More Videos
From CNN Newsource affiliates
TOP STORIES