PHILADELPHIA (WPVI) -- A 15-year-old boy has been charged alongside another teen in connection with the murder of a teenage girl outside Einstein Medical Center in North Philadelphia.

15 year old Quadir Gibson from the 5900 Horrocks Street is charged in the murder of 15 year old Aisha Abdur-Rahman.

The other suspect, 19-year-old Darian Person of Rowan Street, turned himself in on Tuesday.

Police say Quadir was not the shooter, but they say he summoned Darian Person to the location, and directed him to shoot a number a people.

Both are now charged with the murder of Aisha Abdur-Rhaman and attempted murder of a 19-year-old male who remains in critical, but stable condition at Albert Einstein Medical Center.

Quadir, a star running back for Father Judge High School, is being charged as an adult. 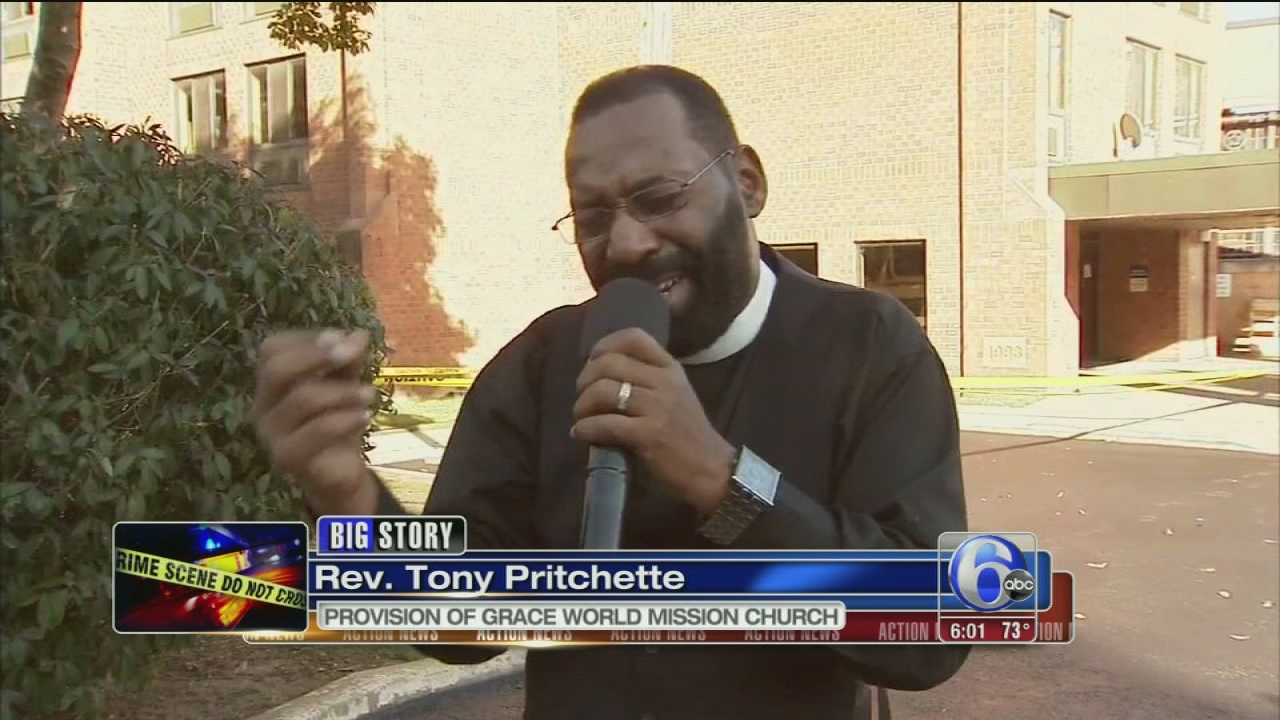 Philadelphia Police Captain James Clark said during a news conference on Tuesday that it all began when a group of 20 to 30 young people, many from the nearby Delaware Valley Charter High School, agreed to meet for a fight at Broad and Olney Monday afternoon.

"People from school then starting bringing friends from the neighborhood to the school," Clark said. When describing Person, Clark said "He was brought as the muscle. He came with a gun and, unfortunately, he used it."

The fight at Broad and Olney was broken up, Clark said, but the group only moved a short distance away - to the 5500 block of Old York Road, in front of Einstein Medical Center - when a second fight erupted.

That's where three to five shots were fired.

One of the bullets traveled half a block and hit Rhaman in the back, killing her. She was walking with a friend when she was hit.

"She was a totally innocent victim," Clark said.

Investigators say Person was the only one who fired shots. He is not a student of the school, but rather dropped out a year or two ago.

"He is very well known to police," Clark said.

Another victim, a 19-year-old man, was hit in the chest. Police are not sure if that 19-year-old victim is connected with the shooting.

Rhaman was a 10th grade student at the Delaware Valley Charter High School. On Tuesday morning, students and faculty returned to the school under a heavy police presence.

Inside the school, students cried and hugged each other, stunned by their sudden loss. At Aisha's locker, classmates decorated it with stuffed animals and lined up to signed memorial posters.

The CEO of Delaware Valley Charter, Ernest Holiday, says Aisha was a popular student who made friends easily.

"She played basketball and she was very well liked at school. Had a very beautiful smile, a smile that lit up the hallway. She was a great student, academically also. It's a terrible loss to us," Holiday said.

Security has been a priority at the school since an incident last January when a student brought a gun inside and accidentally shot two other students. Now they are dealing with more gun violence as the school has made grief counselors available to the students.

Many are taking advantage, including faculty members.

"It's hit them very, very hard. The teachers that taught her, they just saw her yesterday, and coming to grips with the fact she's not coming back," said Principal Eric McCulla.

School authorities have identified the teenage girl shot and killed by a stray bullet Monday outside Einstein Medical Center in Philadelphia.