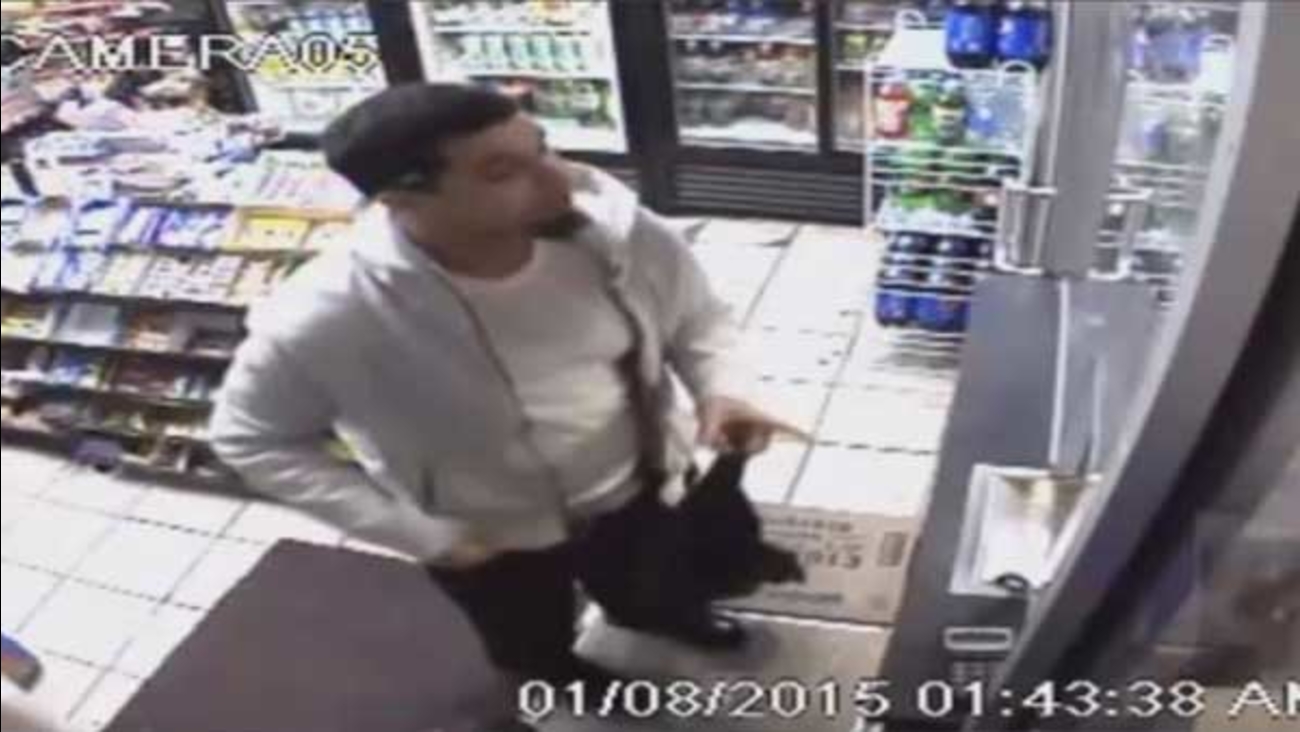 Police are searching for two suspects who robbed a gas station at knife point in the city's Hunting Park section on Thursday.

HUNTING PARK (WPVI) -- Police are searching for two suspects who robbed a gas station at knife point in the city's Hunting Park section on Thursday.

The robbery happened at the A&M Gas Station located at 536 West Roosevelt Boulevard.

According to authorities, one suspect entered the gas station and approached the counter to purchase some items.

He pulled out a knife and tried to enter the locked cashier's area.

When he was unable to do so, he banged on the glass and demanded money from the clerk.

The clerk refused and the suspect then grabbed several snacks from the store shelves before fleeing to a vehicle driven by a second suspect.

Both thieves then fled east on Wyoming Avenue in a red minivan.

The first suspect is described as a Hispanic male, 23 years-old, 5'8 tall with a heavy build. He was wearing a grey hooded sweat shirt, black pajama pants, and armed with a knife.

The second suspect is described as a black male, 21 years-old, 5'3"-5'4" tall. He was wearing a blue shirt, black jacket and blue jeans.