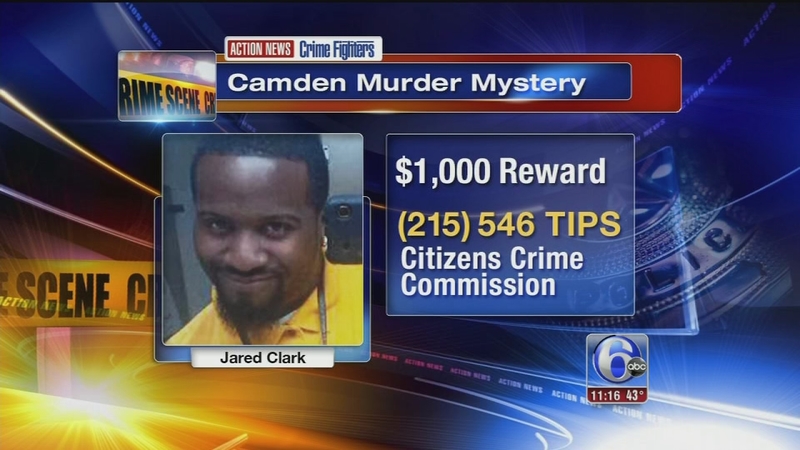 CAMDEN, N.J. (WPVI) -- Detectives say they want to talk to a man captured in surveillance video in connection with a fatal shooting in Camden.

"Upon arrival, officers found an individual laying in his house suffering from a gunshot wound to his leg. He later succumbed to his injuries at the hospital," said Detective Mike Rhoades, Camden County Prosecutor's Office.

The victim was 26-year-old Jared Clark.

"He wasn't shot in his home, he was shot outside of his residence," said Rhoades.

Detectives are hoping someone saw something that could lead them to solving the crime.

"We're asking for the public to help us. We're trying to locate additional people that saw something," said Rhoades.

The Citizens Crime Commission is administering a $1,000 reward for the arrest and conviction of the person responsible.