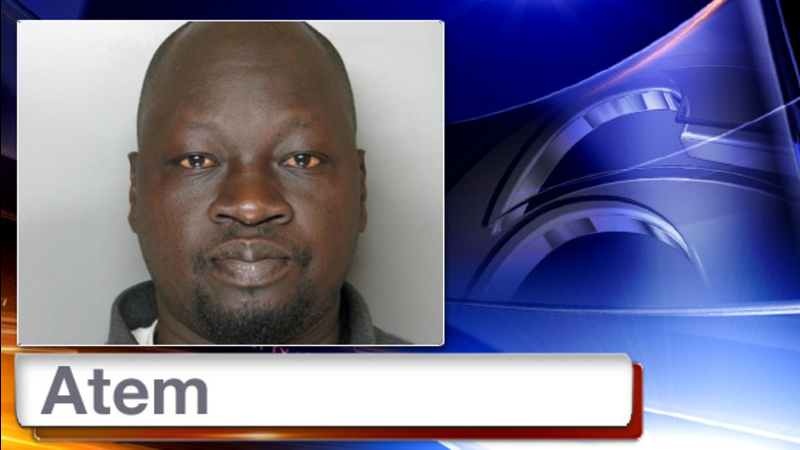 FRANCONIA, Pa. (WPVI) -- A man fatally stabbed a coworker at a Montgomery County meat processing plant a day after authorities say the victim tried to pull a chair out from under him as a prank.

Investigators say on Tuesday, a day before the fatal stabbing, Vazquez tried to pull a chair out from under Atem.

Following the prank, investigators say, Atem told Vazquez that "I'm going to get you for that."

The following day, while working at the MOPAC Rendering Plant in Franconia Township, a witness saw Atem in a physical confrontation with Vazquez.

The witness tried to help the victim, who became unresponsive.

Vazquez was taken to Abington-Lansdale Hospital where he was pronounced dead.

Police found Atem hiding in a shed near the plant.

Officers noticed stab wounds on Atem that appeared to be self-inflicted.

He was rushed to Paoli Memorial Hospital for treatment and remains at the hospital.

Investigators say they found a knife and handwritten note near Atem in the shed.

The note said in part, "see you in hell. life for life."