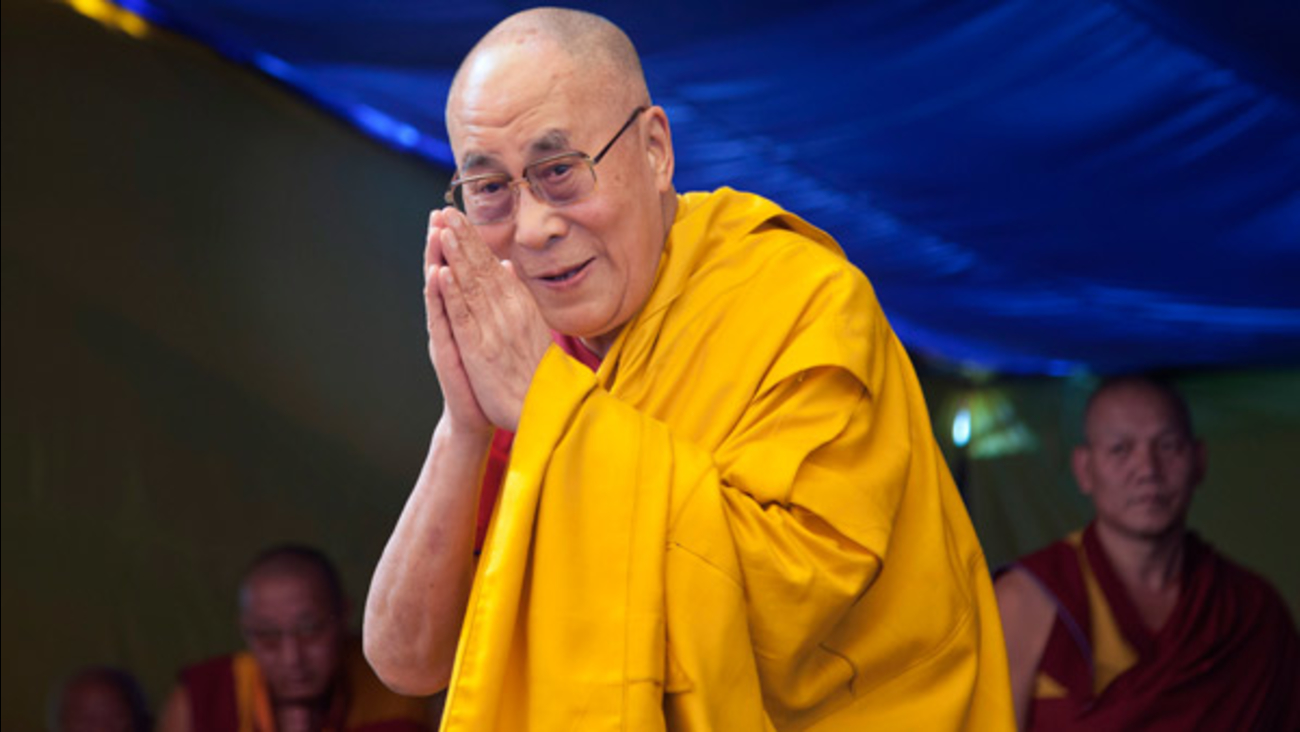 Tibetan spiritual leader the Dalai Lama greets devotees as he arrives to give a religious talk at the Tibetan Children's Village School in Dharmsala, India, Wednesday, May 27, 2015 (AP Photo/Ashwini Bhati)

PHILADELPHIA (WPVI) -- The Dalai Lama has canceled his October trip to the United States including his visit to Philadelphia where he was scheduled to receive the 2015 Liberty Medal at the National Constitution Center.

The Tibetan Association of Philadelphia and the National Constitution Center confirmed the cancellation to Action News on Thursday.

The announcement was made following a checkup at Minnesota's Mayo Clinic.

His Holiness the Dalai Lama is in the United States for a medical check-up. The doctors have advised His Holiness to rest for the next several weeks. As a result, His Holiness' planned October U.S. visit has been cancelled. We deeply regret the inconvenience caused by this decision and apologize to all the people who have worked so hard in organizing the visit as well as to the public. We thank you for your support and understanding.

The Office of His Holiness the Dalai Lama

Our thoughts and prayers are with the Dalai Lama as he recovers his strength. We look forward to honoring His Holiness' contributions to world peace and individual freedom at the Liberty Medal ceremony on October 26 and are working with his office to arrange for him to accept the award in absentia through a representative. A limited number of free public tickets will be available beginning Thursday, October 1 at 10 a.m at http://constitutioncenter.org/libertymedaltickets

- Jeffrey Rosen, president and CEO of the National Constitution Center.

Back in June, the National Constitution Center revealed the Dalai Lama would be the recipient of the Liberty Medal.

The Dalai Lama stated at the time, "I am delighted as a recipient to be in the company of so many other inspirational leaders. I have made it my life's work to spread the message of kindness and compassion and I can think of no better place to be recognized than in the City of Brotherly Love and Sisterly Affection."

The event will be broadcast on 6abc.

The Dalai Lama was also planning to make two other appearances while in Philadelphia - at La Salle University and Temple University.

The Dalai Lama was also scheduled to appear at the University of Colorado on Oct. 20-21. The school and the Tibetan Association of Colorado said the Office of Tibet in Washington, D.C., informed them of the cancellations.

The school and association said the Washington-based office informed them that doctors had advised the 80-year-old Tibetan Buddhist spiritual leader to rest and that he would return to India next week.

Mayo Clinic, where the Dalai Lama has made regular visits in past years, had confirmed Thursday his most recent visit for evaluation but released no details, as is routine. Mayo spokeswoman Ginger Plumbo said Friday she had no further information to release and wouldn't confirm whether he had left the clinic.

A secretary to the Dalai Lama, Chime Rigzin, told AP on Thursday that the Dalai Lama had been to the clinic and had had no health complaints. Rigzin told AP test results were fine and the Dalai Lama would soon be returning to Dharamsala, India.

The Dalai Lama had been scheduled to make two appearances at the University of Colorado on Oct. 20 and 21. The first was an event open only to students, faculty and staff and the second appearance was a public teaching and talk on training the mind and compassion.

University of Colorado event planners were notified by the Office of Tibet about the cancellation Friday morning, university spokesman Ryan Huff said. The visit had been in the works for nearly two years.

"We're certainly saddened by this news but we also hope the Dalai Lama's health improves very quickly and someday he may be able to come to campus," said Huff, who acknowledged that it would take a long time to plan another visit.