The incident occurred just before 3:30 p.m. at the Lululemon Athletica store located on the 1500 block of Walnut Street.

Engineers and contractors moved fast Tuesday night to repair and secure a wall of the Walnut Street building.

"It shook, it shook. It was intense, very intense," customer Christine Vamvalis-Haley said.

It was around 3:30 p.m. when 8 employees and 5 customers inside Lululemon heard the bricks from the neighboring building crash down on the athletic clothing store causing the roof to partially collapse.

"The lighting, the whole ceiling and the roof and the sidewall, everything just came crashing down," Vamvalis-Haley said. 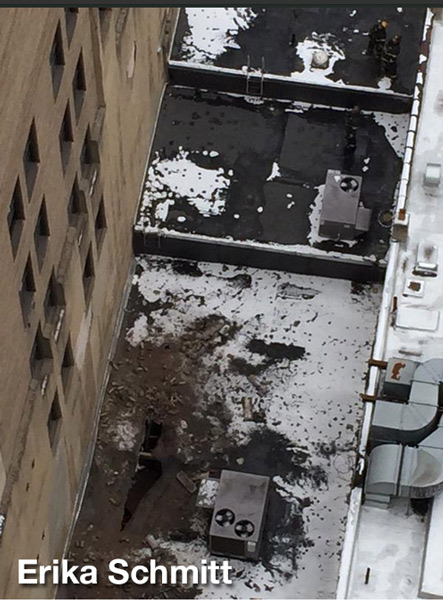 Two of the women who had head injuries managed to free themselves while another was stuck under the debris.

Firefighters were quick on the scene.

They loaded the victims up on stretchers and transported them to nearby Hahnemann University Hospital.

All three of the injured customers was released from the hospital late Tuesday. 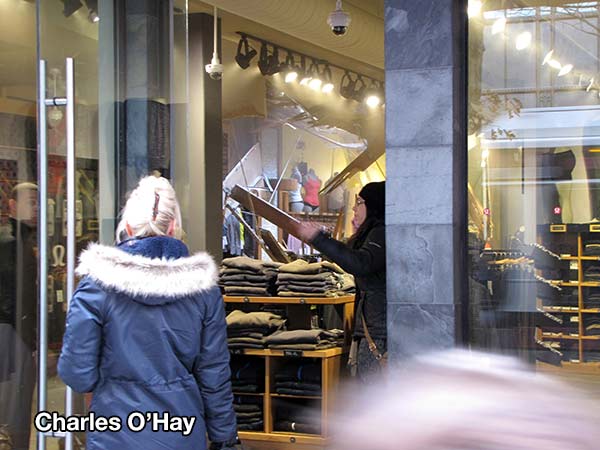 Licenses and Inspections says the tumbling bricks which caused a 20-foot wide hole in Lululemon's roof were from a penthouse elevator shaft at 1529 Walnut.

Attorney Louis Bove's firm is the only tenant of that building.

"I've never had any problem with this building. The landlord is great. Our space is wonderful," Bove said.

The city said that distraught landlord has no history of maintenance violations, and the owner, who immediately hired those repairmen, was taking full responsibility.

Personal injury attorney Robert Mongeluzzi, who is representing victims in 2013's deadly Market Street building collapse, said a number of issues could have caused the mishap.

"It just doesn't happen that a building falls on top of another building if it's properly maintained," Mongeluzzi said.

Records show the owner of 1529 Walnut is the Walnut Street Association.

Sources said employees from Lululemon were interviewed by Central Detectives and told them there's been a leak in their roof for weeks.

L&I says the owner of the Lululemon building, Leis Family Associates, is also cooperating with the investigation.