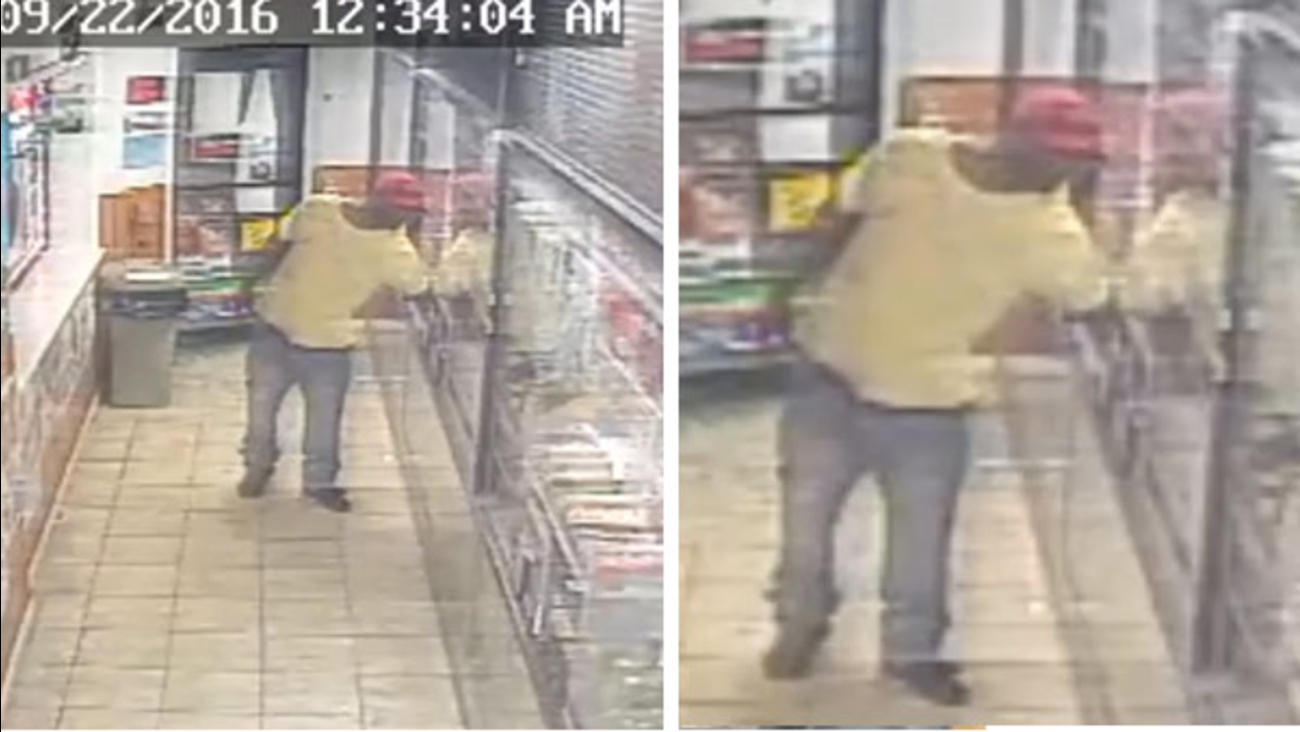 YEADON, Pa. (WPVI) -- Police said on Friday that they have a new person of interest in the killing of a woman in Yeadon, Delaware County.

Investigators went on to say that a previous person of interest, the victim's boyfriend, has been cleared after a "lengthy interview and investigation."

Video of a man now being sought was released Friday morning. Police say they are working to locate him for questioning.

Police have released surveillance video of a person of interest in connection with the murder of a woman in Yeadon.

The man is considered to be armed and dangerous, police say. They are asking anyone with information to contact Yeadon Police Detective J. Houghton 610-623-1500 or CID Detective Michael Jay, 610-891-4700.

The body of Natasha Gibson, 32, was found around 3 a.m. Thursday on a sidewalk in the 600 block of Baily Road.

Her body was found, police say, after she failed to arrive at a friend's home. That friend went looking for Natasha when she didn't show up, and tragically he discovered her body just feet from his home.

Police say the suspect, who fled the scene, suffered a hand or arm wound during the incident.

Police K-9 units followed a blood trail to the 6200 block of Baltimore Avenue in Southwest Philadelphia. They believe the blood is from the person responsible for slashing the victim's throat.
"He left a crime scene and had injuries as a result of this altercation. He was cut somewhere. We did notify all hospitals locally and in Philadelphia area to notify us if they believe someone comes in with a laceration," said Yeadon Borough Police Chief Donald Molineux.

It was at the location in Southwest Philadelphia where police found a steak knife in a sewer inlet. Police say it is believed to be the murder weapon.

The crime happened just yards from a police station.

"I want justice for my daughter. I want them to find her murderer," said the victim's mother, Zelda Gibson. "My daughter was murdered and it's not right. It's not right."

Family and friends of the victim are still trying to come to grips with the fact that Gibson is gone.

"I woke up this morning to the news and they didn't put a name to it, but then I got phone call that confirmed it, that it was Tasha," said her friend, Kisha Johnson. "I am just tired of this senseless killings that are going on, and they need to do something about this because she leaves behind an 11-year-old daughter."
Related topics:
yeadon boroughpa. newsmurderhomicide investigationwoman killed
Copyright © 2021 WPVI-TV. All Rights Reserved.
More Videos
From CNN Newsource affiliates
TOP STORIES