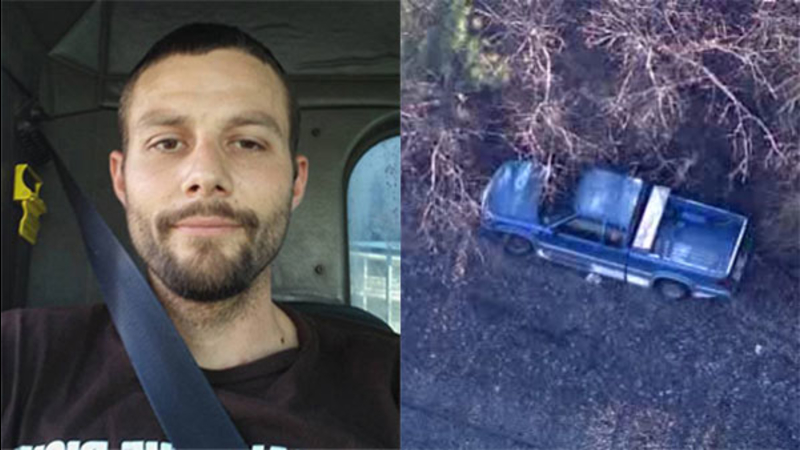 COMMERCIAL TWP., N.J. (WPVI) -- The reward for information leading to the arrest and conviction of South Jersey murder suspect Jeremiah Monell has been increased to $2,500.

Word of the increase came Thursday morning, three days after the body of Monell's estranged wife, Tara O'Shea, was found in her Commercial Township home.

Monell, 32, has been charged with murder and related weapons possession.

Troopers descended upon the remote area, created a perimeter and began an intense search for Monell in the air on the ground.

Helicopters hovered overhead for several hours while police cruisers kept an eye on the tracks. But no luck.

With nightfall making it increasingly difficult to see hardly anything, authorities called off the search.

Monell is described as a white male, 5'9" tall, and weighing approximately 140 pounds.

Through tears, friends of O'Shea spoke to Action News Monday night and described a life full of terror.

"You don't know how many times she came to my house beat up," victim's friend Penny Morey said.

They told disturbing stories of a battered mother and her two children constantly fleeing from her abusive husband.

"She did everything she could to get away from him," childhood friend Jennifer Messeck said.

On Monday morning the years of abuse, running away, and hiding would finally end, though not in the way she'd wanted.

Just past 8 a.m., the 36-year-old mother was found dead in her home off of Raymond Drive.

"I already knew who it was that did it. She told us that it was going to happen; she tried to get out of here," Messeck said.

New Jersey State Police were tight-lipped on the case, only calling it a suspicious death, until Monday night when they announced Monell as a suspect.

Friends and family say O'Shea's estranged husband slit her throat, killing her, in front of their 12-year-old son.

Outraged friends and family have taken to social media and kicked off their own efforts to find Monell.

"He needs to be punished and he needs to be caught for what he did to these kids, to her and her family," Messeck said.

Among many other attributes, O'Shea's friends say she was a fighter. And they say it was that unwavering will to fight back that ultimately cost her her life.

"For her to get that final restraining order, for her to say enough is enough, she'd had enough, and that's what I praise her for because she had had enough," Morey said.