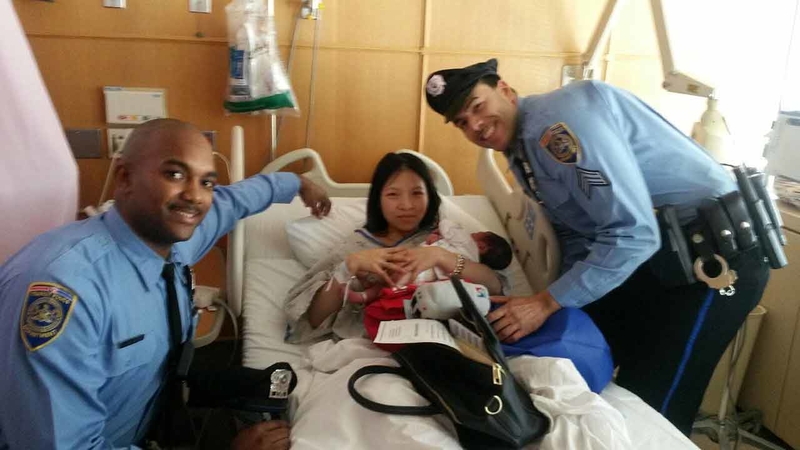 PHILADELPHIA (WPVI) -- On Christmas day a baby entered the world on a Market-Frankford El train, with the help of two SEPTA police officers.

Less than 24 hours after that dramatic delivery those transit officers visited mom and her new baby, who she named Chris for the day he was born.

Sgt. Daniel Caban tells us, "We just came down. We just thought it would be nice to bring the newborn baby, the little miracle baby some presents."

Thursday night Sgt. Caban and Officer Darrell James helped deliver a baby on the Market-Frankford El train. Another passenger on the train capture the whole thing on his cell phone.

The mother was traveling east on the train when the baby decided he just couldn't wait. 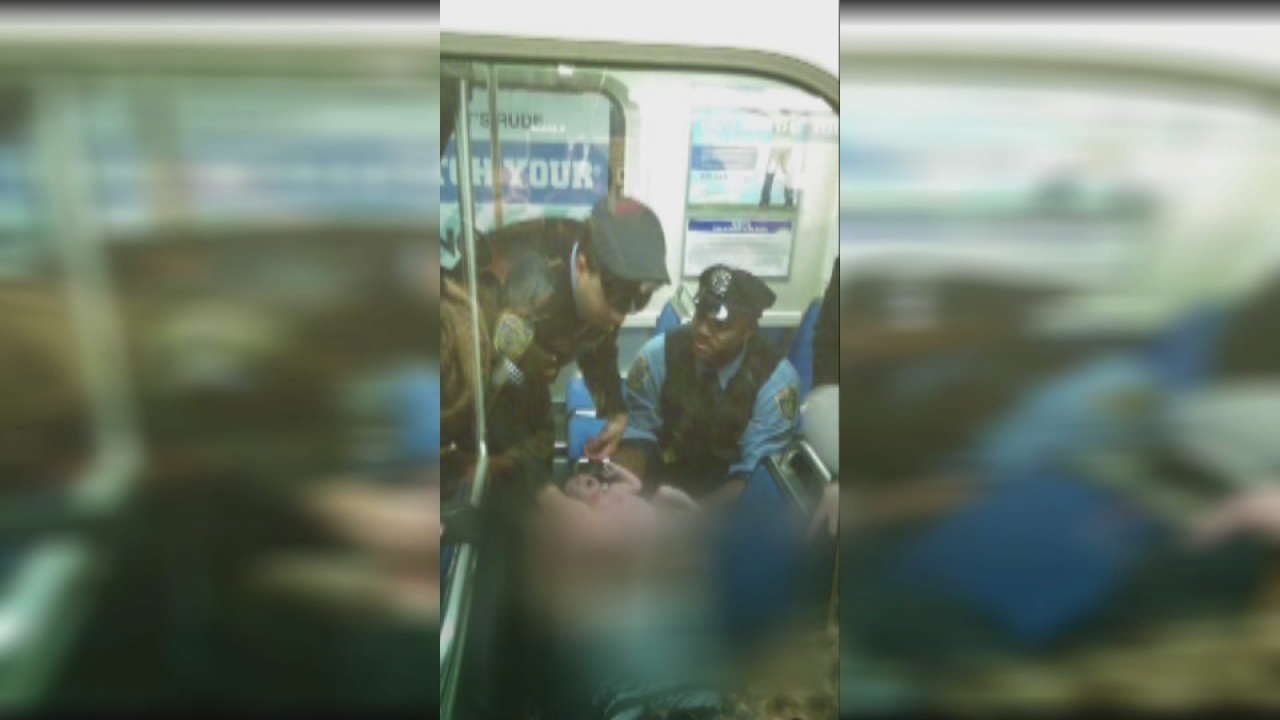 Sgt. Caban, who works the subway line, was the first to respond.

There was no time to spare as the baby was coming.

Sgt. Caban was joined by Officer Darrell James, and the two guided the mom-to-be and helped her deliver her baby.

"The umbilical cord was tied around the neck a little bit, cleared that, other than that, healthy baby boy," James said.

A paramedic could be seen on SEPTA surveillance holding the newborn.

It's being called a Christmas miracle.

It was truly an unforgettable day for passengers and for two of SEPTA's finest.

"They tell us there will be crazy days; they never told me it would be on Christmas Day now, but all in all, this is a blessing," James said.

"I had already opened all my presents I didn't know I had another one waiting for me around 5:53 this afternoon," Caban said.

On Friday the two officers came to Hahnemann Hospital to bring the mom and baby a stuffed train along with other gifts from SEPTA to celebrate his birth.

Sgt. Caban says, "It got tearful. The mom, all she can say to us was 'I remember you!'"

And Officer James explains how it felt, saying, "Really good to see the baby is healthy."

The baby's name is Chris for Christmas - the day he was born.

At the hospital, staff and random passersby ran up to pose for pictures with the hero cops.

Sgt. Caban and Officer James say they were just doing their job.

"It's just a good reminder, especially for the public, that it's not always just the bad that you're going to see us dealing with. We're going to be there to help you. Get that sense of community policing back," James said.

Sgt. Caban tells us, "Something that I will never forget."

It's a moment these two plan to keep close to their heart.

Mom and baby Chris are doing just fine at Hahnemann University Hospital. They are hoping to go home soon.

Important for people to know that helping someone in need is what makes police officers proud. Post baby delivery. pic.twitter.com/a5ose652T3