Sex-harassment allegation wave will be 'watershed moment' if men 'man up': Fiorina 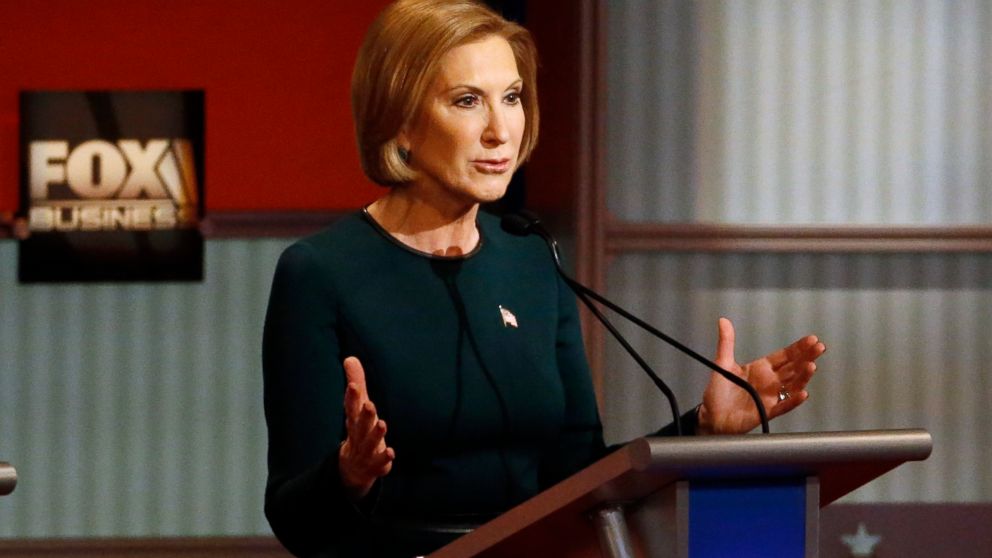 Carly Fiorina, a former CEO of Hewlett Packard who ran for the Republican nomination for president in 2016, said the current wave of sexual harassment allegations from Hollywood to Capitol Hill "will only be a watershed moment if men decide to step forward."

Fiorina told ABC News Chief Anchor George Stephanopoulos on "This Week" Sunday, "What needs to happen now is the guys need to man up, the guys who know this is happening."

"Most men are good, decent, respectful men. But enough men are not, and all the other men around them know they are not," said Fiorina, who was part of a "This Week" panel addressing the wave of sexual harassment and misconduct allegations. "I think it's men's turn now to say, 'You know what, we're not going to respect someone who disrespects women. And when that starts to happen, if if that starts to happen, then we will have reached a watershed moment."

Fiorina was joined on the panel by journalist Ronan Farrow, who broke major stories in The New Yorker about Hollywood producer Harvey Weinstein; Eleanor Holmes Norton, a nonvoting Democratic delegate to the House of Representatives for Washington, D.C., who was the first female chair of the Equal Employment Opportunity Commission; and former Congresswoman Mary Bono, R-California.

"This, I think, is at the heart of this question of is it a watershed moment," Farrow said. "Not just are people brave enough to come forward, but are we all as a society brave enough to actually confront the reforms necessary to the system."

Norton, a former head of the EEOC, told Stephanopoulos that women may not fully recognize when they are being harassed.

"I am convinced that many women even may not understand what some unwelcome advances are, and that they don't have to welcome them," Norton said. "They can turn them away, or they can say, 'You know, you're not supposed to do this,' and that might stop some men," Norton said.

Former Rep. Bono recently spoke out publicly about her experience with harassment by a fellow Congress member when she was in the House. She ultimately confronted the congressman. But Bono said more needs to be done to encourage women in lower-level positions" in the workplace to speak out.

"We have to learn how to empower our younger staffers on the Hill," Bono said. "We have to empower people in Hollywood. But, you know, women, too, have to step up, because I actually realized that my silence was part of the problem, too, on the Hill."
Report a correction or typo
Related topics:
abc newsnational
Copyright © 2021 ABC News Internet Ventures.
More Videos
From CNN Newsource affiliates
TOP STORIES