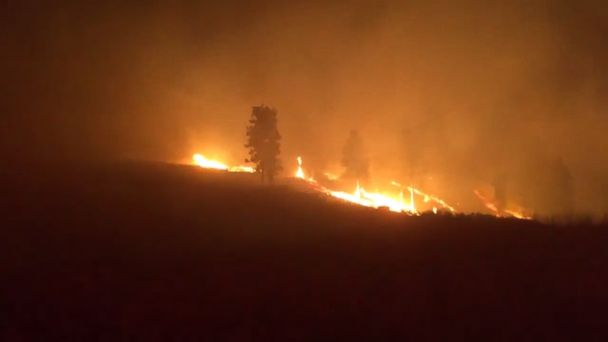 Hot and windy conditions caused a cluster of wildfires to erupt around the city of Spokane on Sunday, torching several homes and forcing hundreds to flee.

The Spokane Complex Fire, composed of several blazes, progressed quickly on Sunday afternoon and continued to challenge firefighters who worked through the night.

Authorities put out multiple alerts on social media urging residents to be ready to evacuate.

The fast-moving wildfires quickly gained ground and were burning out of control, authorities told KIRO 7, an ABC affiliate in Seattle, forcing mandatory evacuation of hundreds of residents.

Multiple homes have already been destroyed as the blazes have so far consumed nearly seven square miles of land, the Associated Press reported.