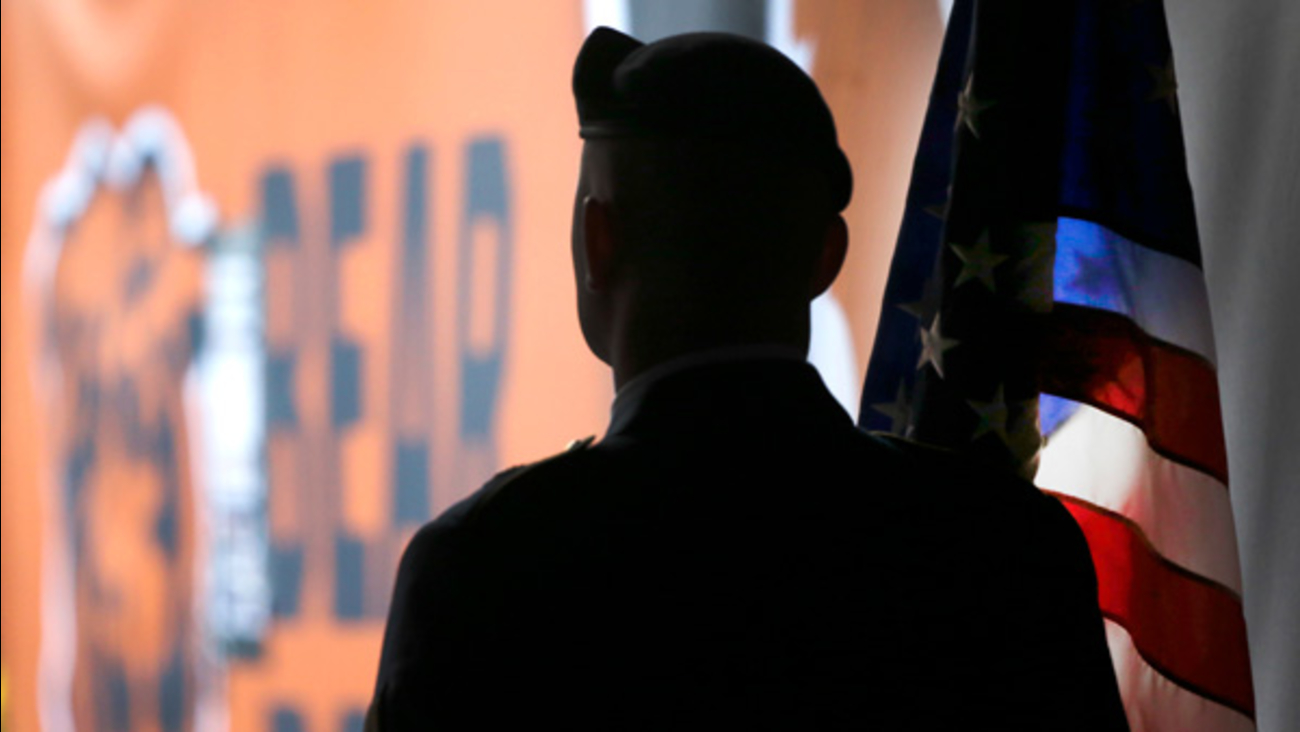 U.S. Army command sergeant major Cory Fairchild waits in the tunnel with the American flag before the first half of an NFL football game. (AP Photo/Charles Rex Arbogast)

FARMINGDALE, N.J. -- Customers packed a New Jersey bar that decided not to show any NFL games to honor veterans during the Veterans Day weekend and to raise money for a veterans' charity instead.

As many as 400 patrons stood and sang the national anthem at Woody's Roadside Tavern in Farmingdale on Sunday.

Veteran Andy Barcellona said the idea came about after NFL players chose to kneel during the national anthem to protest racism and police brutality. He was shocked when the tavern agreed to turn off the football games.

The event raised money for the Special Forces Association and military families.
------