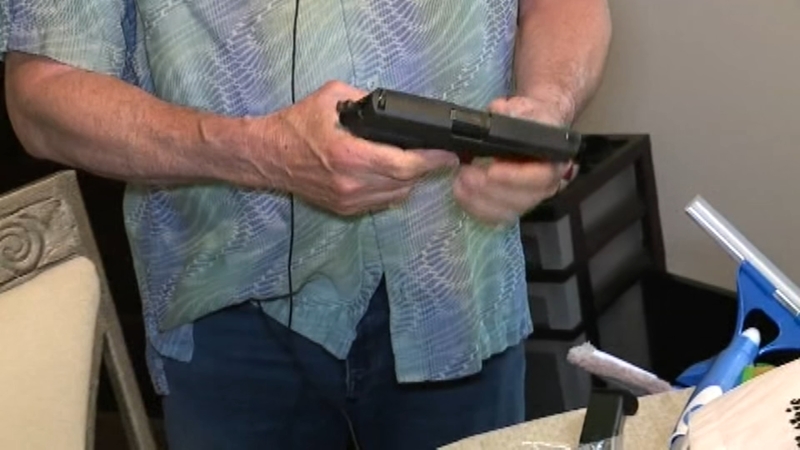 AKRON, Ohio (WPVI) -- An intruder was stopped in his tracks when an Ohio homeowner held him at gunpoint until police arrived.

Daniel McGown, 73, said his Akron home was also broken into a few days earlier. During that break-in, the thief got away with guns, ammunition and a laptop.

McGown, a retired attorney, said this time, he had his pistol ready.

"They picked the wrong house," he said. "I pointed the pistol at him and said, 'If you don't move, I won't shoot you.'"

The intruder, identified by police as 51-year-old Thomas Gaffney, is charged with burglary.