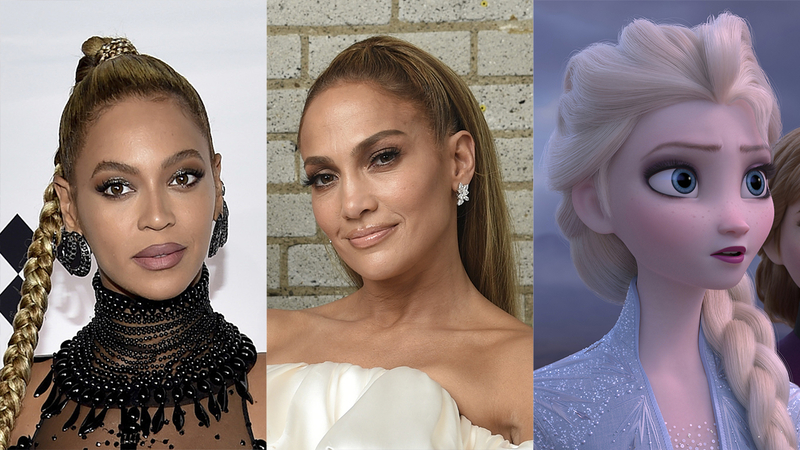 LOS ANGELES -- Movie lovers expected films like "Once Upon A Time...In Hollywood" and actresses like Scarlett Johansson to score Oscar nominations, but the "Beyhive" may not be too pleased that Beyoncé did not make the cut.

Despite Oscar recognition for Jordan Peele's directorial debut "Get Out," his sophomore film "Us" was missing from the nominations round up. This includes shutting out actress Lupita Nyong'o, who received critical acclaim for her performance.

Also overlooked was "Frozen 2," the highest-grossing animated film ever, in the animated film category. It, however, did get a nod for its original song "Into The Unknown."

"Little Women" director Greta Gerwig was excluded from the all-male ensemble in the best director category, even though her film was nominated for best picture.

"Congratulations to those men," said presenter Issa Rae pointedly, after the announcement of an all-male directors slate.

While Antonio Banderas' place on the best actor list may not come as a surprise, this is the actor's first Acadamy Award nomination in his decades-long career.

Scarlett Johansson is no stranger to the Academy, but her nominations for both lead and supporting roles may create an interesting circumstance if she wins in both categories.