16-year-old killed in Allentown remembered as a "wonderful soul" 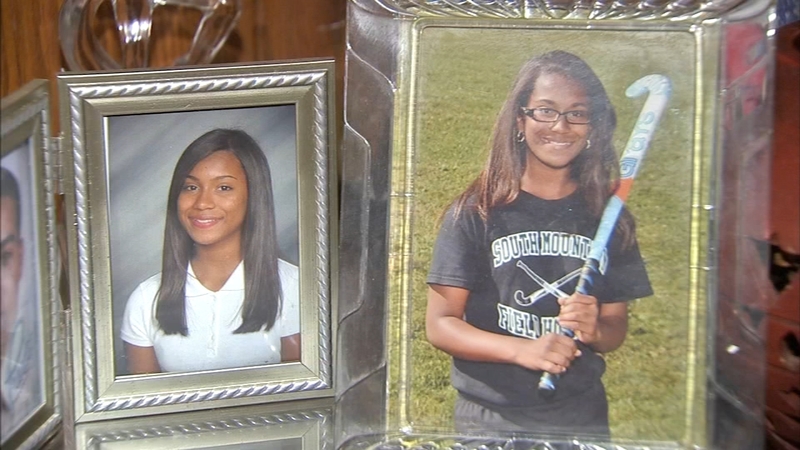 16-year-old killed in Allentown remembered as a "wonderful soul"

ALLENTOWN, Pa. (WPVI) -- Police in Allentown have identified a suspect in a triple shooting that killed a 16-year-old girl.

The suspect, Antwan Washington, is considered armed and dangerous.

The shooting happened around 5:15 p.m. Tuesday on the 500 block of Harrison Street.

Raw video from the scene of a homicide investigation in Allentown.

Officers responded to the scene and found three victims. They were taken to the hospital, two with life-threatening injuries.

Sixteen-year-old Carolina Monsanto of Allentown died a short time later at the hospital.

Carolina Monsanto is being remembered as a fun-loving teenager who excelled in school and in sports.

Action News spoke with her father who says the loss of his daughter has left him numb.

He says, "I still can't believe it. I can't comprehend what happened. She didn't have a mean bone in her body. It just makes no sense," said Ambiorix Monsanto.

Allentown Police are searching for 36-year-old Antwan Washington who, along with his 31- year-old girlfriend, lives in the house where the shooting occurred on the 500 block of Harrison Street.

Police say Washington returned home, and allegedly confronted his girlfriend before pulling out a gun.

Monsanto and a 19-year-old man who are friendly with the couple were there visiting.

The suspect's girlfriend and the 19-year-old man were injured. Carolina Monsanto was killed.

Police are investigating this case as a domestic dispute.

Allentown Police Captain Glenn Granitz said, "We are very much looking for help from the public in apprehending Mr. Washington. Our investigative efforts into locating him are non-stop at this point."

Meanwhile, Monsanto's cousin says there is still a part of him that's waiting for Carolina to walk through the family's front door.

"It's really just shocking, kind of just like a dream. Like I woke up this morning and said this can't be possible. This isn't something that's really happening," said Jessy Severino, victim's cousin.

And finally, her dad said,"She got good grades, she worked two jobs. She never caused problems with anyone and now she's gone."

Antwan Washington faces a list of charges including two counts of attempted homicide, and one count of homicide."