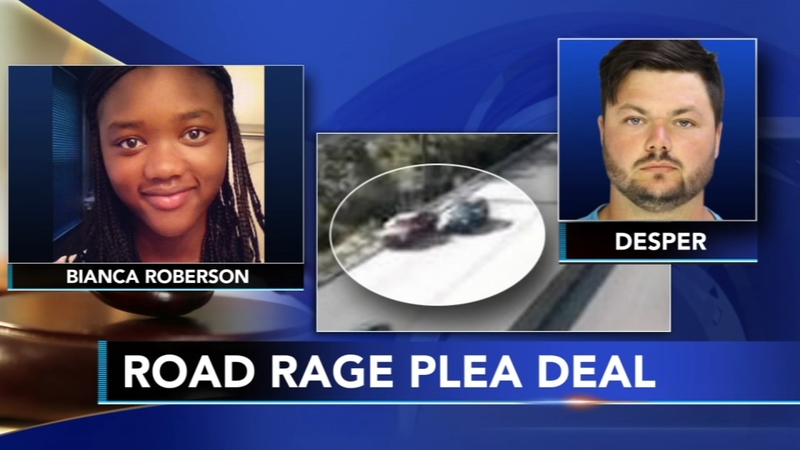 WEST CHESTER, Pa. (WPVI) -- A man has pleaded guilty to third-degree murder in the shooting death of a recent high school graduate during what police say was a road rage confrontation last year in Chester County.

Police say the two jockeyed for space in the merger of a highway lane in West Goshen Township in June 2017 before Desper shot Roberson in the head, and her car veered off into a ditch and hit a tree.

The plea came a week before criminal proceedings were scheduled to begin.

It was a heart-wrenching day for Roberson's family.

"I hurt and I miss my baby," said her mother, Michelle.

Desper had originally faced both first- and third-degree murder charges.

The assistant district attorney agreed to the lesser third-degree plea, concerned that proving the specific intent to kill required for a first-degree conviction could be a problem.

"First-degree murder carries a specific set of elements. One of them is pre-meditation and one of them is specific intent to kill," said Assistant District Attorney Christopher Miller.

While there had been social media posts saying the family was not happy with the plea, Bianca's father said that's not the case.

"We didn't understand it at first, but once it was explained to us we understood it fully," said Rodney Roberson.

Desper faces between 90 months and 40 years in prison. Sentencing is expected in either December or January.