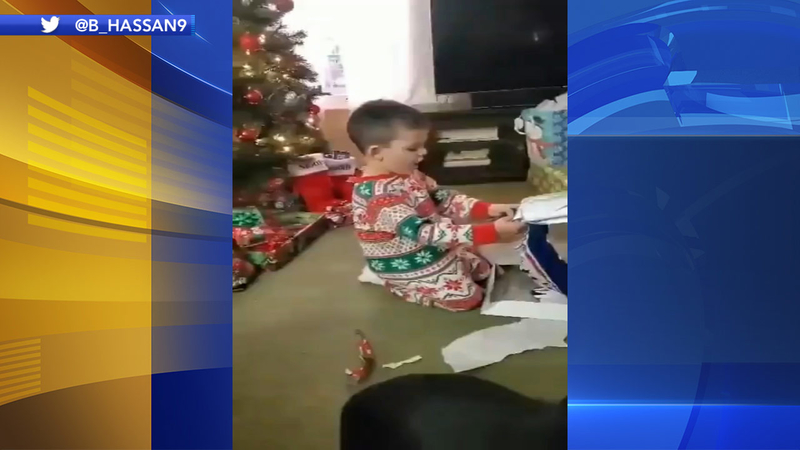 CLAYTON, New Jersey (WPVI) -- It was a very merry Christmas for one young Philadelphia 76ers fan.

Four-year-old Parker of Clayton, New Jersey loves the 76ers, but has one favorite player - Tobias Harris.

So for Christmas, his parents got him a Tobias Harris jersey.

"It's Tobi," he said as he realized whose jersey it was.

But then his expression changed to pure excitement when he learned he also got a headband, too!

"My own headband!" he joyfully screams.

His aunt posted video of Parker's Christmas surprise to Twitter.

Once Harris saw the tweet, he replied back, "Merry Christmas!! Love this!"

According to the family, Parker was first able to recognize Harris because of the NBA star's headbands.

"Before he got his own headbands, he would walk around the house with his mom's headbands and say, 'Look, I'm Tobi!" his family told 6abc.

Now, Parker cheers on Tobi, even when the 76ers forward isn't wearing a headband.