Philadelphia will face Miami in the second round. The top-seeded Heat beat Atlanta in five games.
WPVI 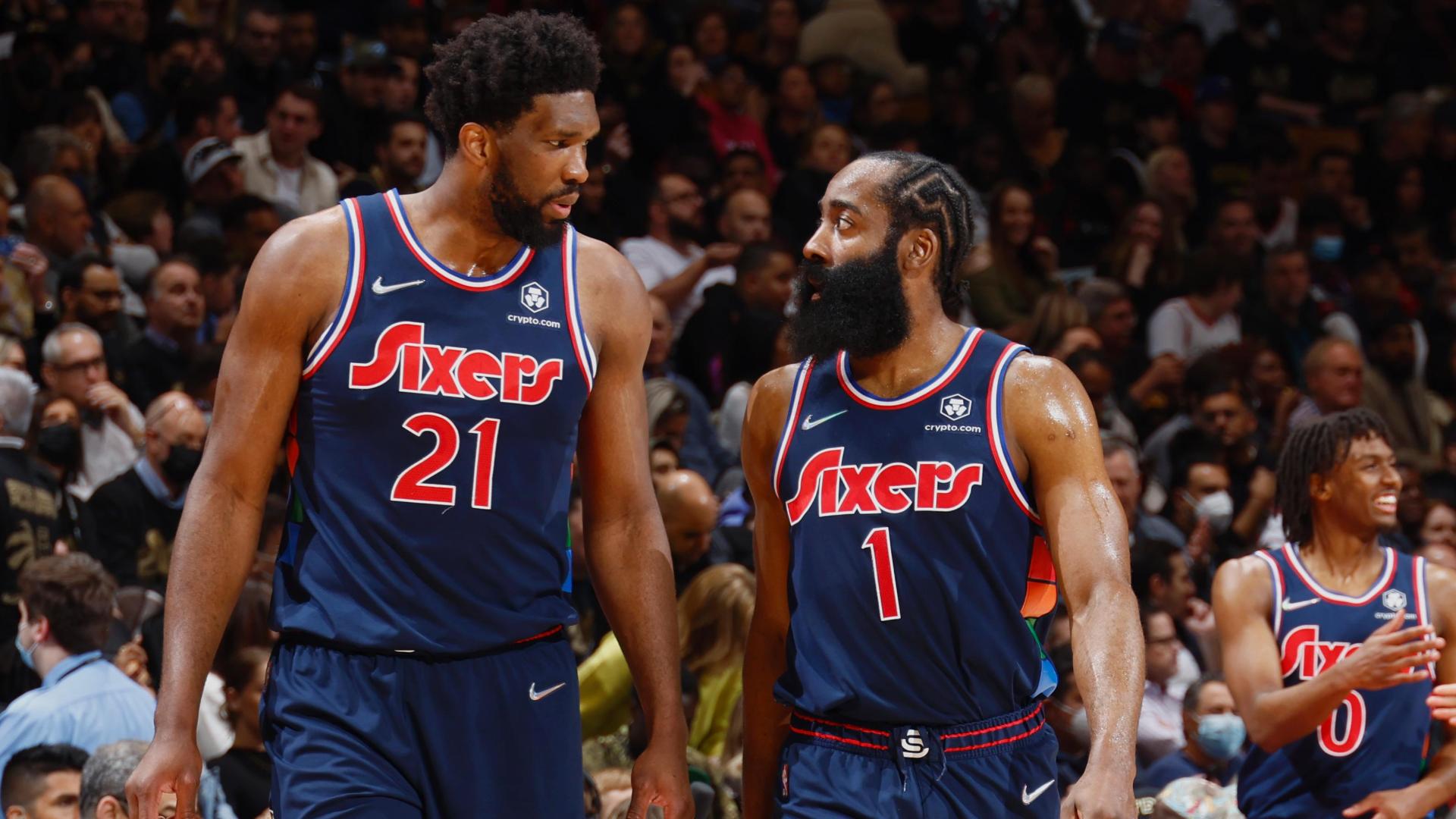 TORONTO (WPVI) -- James Harden and the Philadelphia 76ers are headed for the second round, not home for Game 7.

Joel Embiid had 33 points and 10 rebounds, Harden added 22 points and 15 assists and the 76ers beat the Toronto Raptors 132-97 in Game 6 to end their first-round series Thursday night.

"We weren't going back to Philly for a Game 7," Harden said.

Philadelphia will face Miami in the second round, with Game 1 Monday night in South Florida. The top-seeded Heat beat Atlanta in five games.

"They're good, they're deep, they're veterans," 76ers coach Doc Rivers said about the Heat. "We've got to go play grown men, and we're looking forward to the challenge."

Tyrese Maxey scored 25 points, going 5 for 12 from 3-point range, and Tobias Harris had 19 points and 11 rebounds to help the 76ers finish off the Raptors with a blowout after losing the past two games.

"We knew what was at stake for us," Harris said. "No disrespect to our fans, but we did not want to come back to Wells Fargo for a Game 7. We wanted to end it tonight out here."

it's a bird, it's a plane, it's JOEL EMBIID. ✈️😏 pic.twitter.com/QwnDLTtVAY

Chris Boucher had 25 points and 10 rebounds for Toronto, Pascal Siakam fouled out with 24 points, Gary Trent Jr. had 19 and Scottie Barnes 18.

"We fought hard but we didn't get the outcome we wanted," Siakam said. "We just have to go back and learn from it."

Toronto lost in the first round for the first time since being swept by Washington in 2015.

"I thought we went through a tremendous amount this year," Raptors coach Nick Nurse said. "They just kept fighting, kept playing, kept getting better and kept figuring it out."

Harden credited the Raptors for extending the series after losing the first three games.

"That was one of the toughest series I've played in just because of their switching and their athleticism, their length," Harden said about Toronto's lineup. "They throw different defenses at you, box and ones and zones. They just mess up the game."

The Raptors played without all-star guard Fred VanVleet. He missed his second straight game because of a strained left hip flexor.

Toronto's Precious Achiuwa had 17 points in Game 5 but didn't score Thursday until making a free throw in the fourth quarter. Achiuwa drove for a dunk at the end of the third but the basket was waved off because it came after the buzzer. He shot 1 for 7 and scored three points.

"At halftime I looked and we had great shots, and we were going to keep getting those," Rivers said. "I told them 'If we can rebound the ball, we can stretch this lead quickly.' That was quicker than I thought, obviously. We made every shot."

Nurse called timeout after Harden connected from distance with 3:52 left in the third, putting the Sixers up 92-70. Philadelphia took a 99-78 lead to the fourth.

After being called for a foul in the third quarter, Embiid responded to vulgar chants from the fans by cupping his hands around his ears. He did the same while heading to the bench for a fourth quarter timeout.

Boos rained down after Embiid dunked in the fourth, then ran down the court with his arms raised in the airplane celebration he used against Toronto in the 2019 playoffs.

IN CASE OF PLAYOFFS, BRING GREEN

Rivers singled out veteran guard Danny Green for a poised performance in Game 6.

"If you're going to go on the road, you should bring Danny Green with you," Rivers said. "Really. He is not fazed at all."

Toronto made seven of its first eight field-goal attempts, then missed its next 10. The Raptors shot 12 for 17 in the first quarter, making 5 of 19 after their hot start.

76ers: Embiid had a bandage over his eye as he left the arena. Embiid was elbowed in the face as Siakam drove to the basket in the fourth. ... Rivers was called for a technical foul in the fourth for arguing that Harden had been fouled on a three-point basket. ... Embiid went 9 for 10 at the free throw line, while Harden was 6 for 6.