Police say the car was stolen just outside a Save A Lot on Rising Sun Avenue and C Street.
WPVI
By 6abc Digital Staff and Alyana Gomez 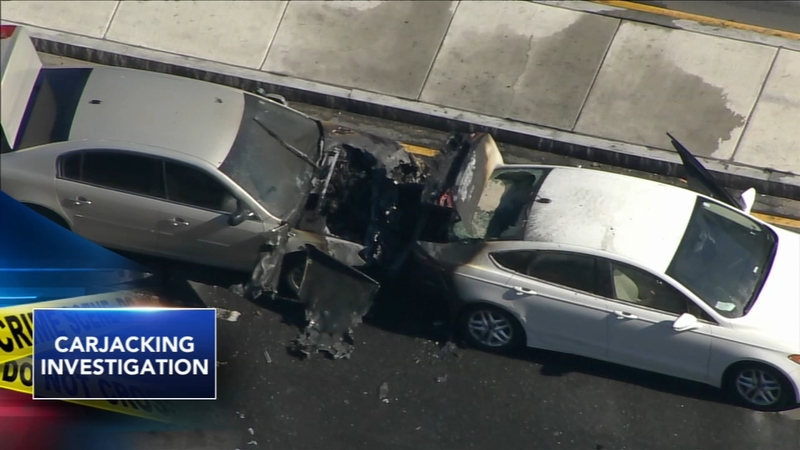 PHILADELPHIA (WPVI) -- Police are investigating another carjacking in the city of Philadelphia and this one led to a fiery crash.

The carjacking happened Tuesday afternoon outside a Save A Lot grocery store on Rising Sun Avenue in C Street in North Philadelphia.

The suspects took off and ended up crashing into another car about four miles away on Broad Street and Cecil B. Moore Avenue near Temple University's campus.

The stolen vehicle caught on fire.

Action News obtained cellphone video from a man who works on Broad Street and captured the flames shooting out of the hood of the car.

Chopper 6 was also on scene, giving an aerial view of the aftermath of that crash.

Police confirmed the suspect tried to run from the crash, but was soon arrested.

There is no word yet on exactly how many suspects were involved.

Action News spoke with the managers of the Save A Lot who say they were not sure if the store surveillance captured the carjacking.