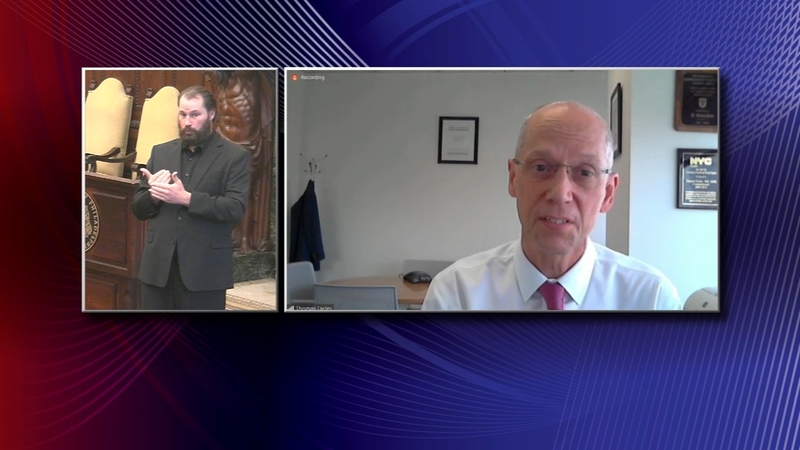 "With cases surging in many parts of the United States, the impact in Philadelphia so far is unclear, but there are plenty of reasons to be concerned," Farley said.

On Tuesday, the daily COVID-19 numbers were higher than the average because the city had matched its database with that of the state health department.
There were 219 new cases and 37 new deaths. There have been 25,335 total coronavirus cases in Philadelphia and 1,563 total number of deaths.

Farley mentioned the risk is rising and the pandemic is moving in the wrong direction in much of the United States. Case counts, he said, are rising in at least 26 states across the country after reopening, such as in Florida and Texas.

Some parts of Pennsylvania, Delaware, and South Jersey are also seeing more cases, he said.

"With all that happening, this will have some impact on Philadelphia. We can't say when. We can't say how much," Farley said. "We all need to take this seriously."

He said businesses and activity organizers should follow the city's Safe Mode guide and residents should continue to follow the mask, distancing, handwashing protocol.

Though Gov. Tom Wolf has authorized Philadelphia to move to the green phase along with the surrounding suburban counties on Friday, the city will not allow green phase activities to begin until next week.

However, the city has released guidance for some businesses that will be able to resume on Friday.

Those activities are: Residential swimming pools and private swim clubs, Zoos (outside only), Personal services such as salons, barbers, and spas, and Small indoor social and religious gatherings (up to 25 people).

If the city meets its target, Philadelphia will go to green on July 3.

"Green in Philadelphia will be more restrictive than green across the rest of Pennsylvania," Farley said.

Farley said Philadelphia is the largest city in the state, densely populated, with a high poverty rate, a very diverse population, and the highest coronavirus case counts.

"We don't want to become another Miami or Houston. We want to truly reopen with care," Farley said.

Farley said the city is expanding its testing and contact tracing capabilities.

Currently, there are 58 staff hired to conduct contact tracing.

During a pilot run of the contact tracing procedure, 65-70% of the of the cases being traced were reached.