2 dead in multiple crashes in Philadelphia

A SEPTA bus was involved a crash in North Philadelphia.
WPVI
By 6abc Digital Staff 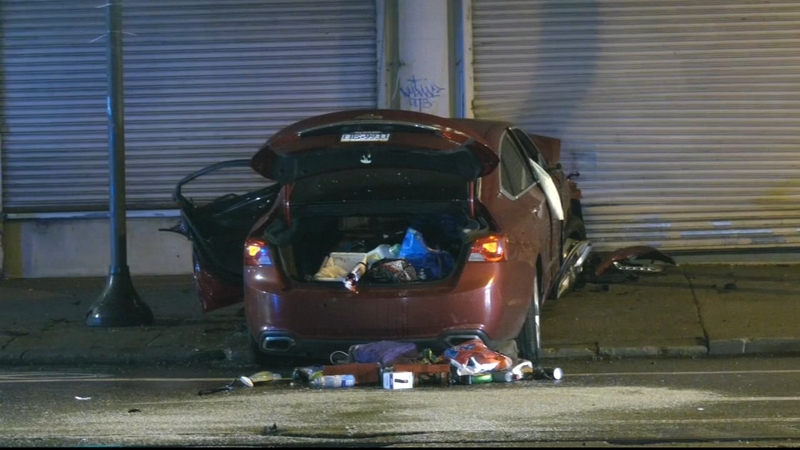 Driver dies after crashing into Family Dollar in Parkside

PHILADELPHIA (WPVI) -- Philadelphia police are investigating multiple crashes, two fatal, in which they said speed played a factor in a majority of them.

Three of the crashes occurred within an hour of each other.

An SUV driver crashed in the city's Callowhill section around 11:30 p.m. Wednesday.

Investigators said the driver was traveling at a high rate of speed and lost control of the SUV along North 8th Street from the Vine Street ramp.

The vehicle hit a pole then crashed into a cement wall.

Investigators said the driver was traveling at a high rate of speed and lost control of the SUV along North 8th Street from the Vine Street ramp.

The driver and passenger were taken to the hospital in serious condition.

Around midnight Thursday, a tractor-trailer overturned on the westbound side of the Ben Franklin Bridge in Old City.

Police say the driver lost control and the big rig flipped on its side.

Police said the driver lost control and the big rig flipped on its side.

There is no word on the driver's condition.

Officers were directing traffic around the crash.

The tractor-trailer was removed shortly before 10 a.m.

Around the same time, police said an out-of-control driver crashed into a storefront in the Parkside section.

Police said the 36-year-old male driver of a Chevrolet Impala crashed into the Family Dollar on the 4700 block of West Girard Avenue.

Police said the driver was traveling at a high rate of speed when the crash occurred.

First responders pulled the driver from the vehicle.

The driver, later identified as Lonnie D. Johnson, was taken to the hospital where he died from his injuries.

The crash damaged the store's security gate and window.

Police say a car collided with a SEPTA bus in North Philadelphia which led to a chain reaction crash.

Just before 5 a.m., police said a grey Nissan Maxima was traveling at a high rate of speed at 12th and Master streets in North Philadelphia.

The Nissan spun out, and struck a SEPTA Route 22 bus and several parked cars.

Police said a 41-year-old male passenger in the Nissan was taken to the hospital where he was pronounced dead.

The driver is hospitalized in stable condition.

No other injuries were reported.
Report a correction or typo
Related topics:
trafficphiladelphiaben franklin bridgetrafficaccidentcar into buildingcrash
Copyright © 2021 WPVI-TV. All Rights Reserved.
CRASH 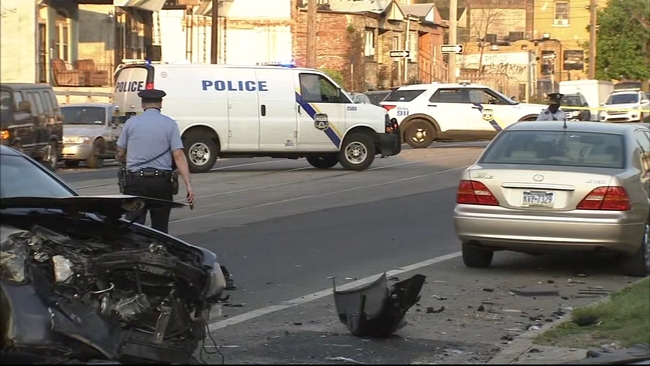