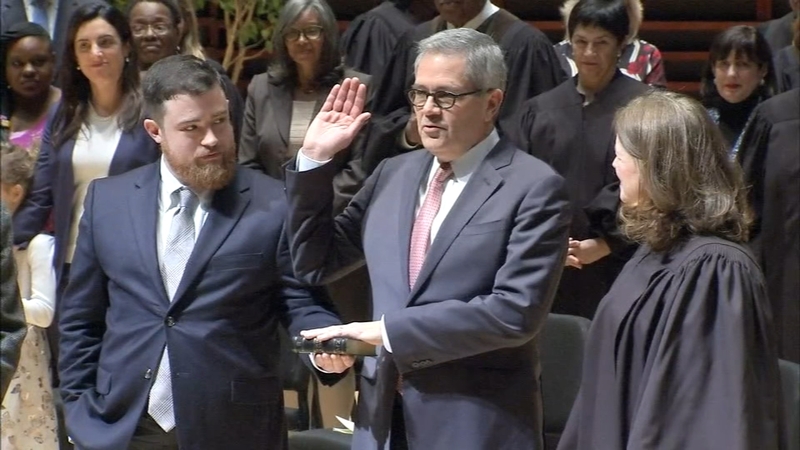 PHILADELPHIA (WPVI) -- Democrat Larry Krasner took the oath of office Tuesday to become the new the district attorney of Philadelphia.

The former public defender was sworn in at the Kimmel Center.

Krasner has been a critic of what he calls mass incarceration. He vows to not pursue death sentences and backs the idea of safe injection sites for heroin users.

He would also like to see the use of cash bail scaled back and eventually eliminated.

The police union and the Fraternal Order of Police have criticized Krasner as being soft on crime and hostile toward police. The president of the FOP did not attend the swearing-in, but in a statement congratulated Krasner and said he hopes they can have a good working relationship.

"Today we start the long road towards trading division between police and communities they serve for unity and reconciliation and cooperation, all of which makes us safer," Krasner said.