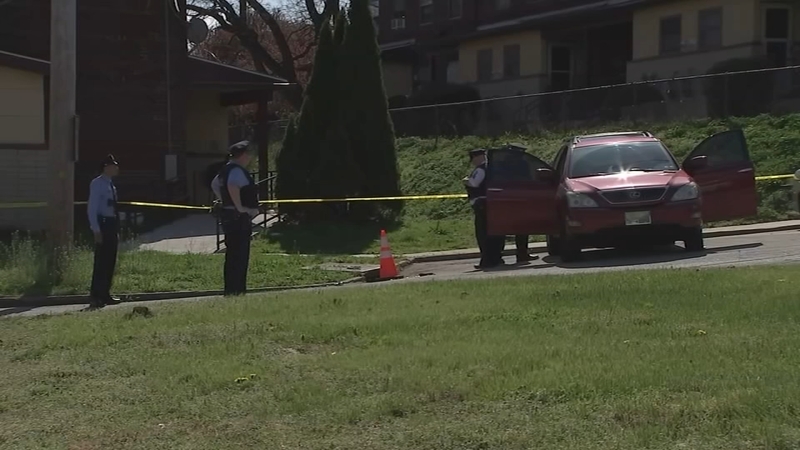 PHILADELPHIA (WPVI) -- Two men from Philadelphia and a teenager from Montgomery County were killed in shootings in the city over the weekend.

Police were called to a shooting around 1:47 p.m. Saturday on the 5600 block of Newtown Avenue in Lawncrest.

Officers found 25-year-old Marquan Kellam of Wheeler Street who had been shot in the head and back.

Kellam was pronounced dead at the scene.

Police responded to another shooting on the 3100 block of Berkeley Drive in Hunting Park around 3:20 p.m. Saturday.

Police found 17-year-old Theodore Crawford of Hatfield, Pa. and an 18-year-old male inside a Lexus suffering from gunshot wounds.

Crawford was taken to Einstein Medical Center where he was pronounced dead.

The 18-year-old, who has not been identified, was transported by police to Temple University Hospital where he is listed in stable condition.

Twenty-two-year-old Khyir Abney, of the 2000 block of Opal Street, was found shot multiple times in the torso a block from his home around 5:14 p.m. Saturday in South Philadelphia.

He was taken to Penn Presbyterian Medical Center where he was pronounced dead.

"Given the ballistic evidence at the scene, it's clear that the shooter or shooters intended to shoot at the individuals who were struck," said Inspector D.F. Pace of the Philadelphia Police Department, speaking on this particular shooting.

Philadelphia police have also identified the victim of one of Friday's multiple shootings.

Police say Brandon Williams, 30, of North Creighton Street was shot in the back around 4:40 a.m. on the unit block of South Redfield Street in West Philadelphia.

Williams was taken to Children's Hospital of Philadelphia by a private vehicle where he was pronounced dead.