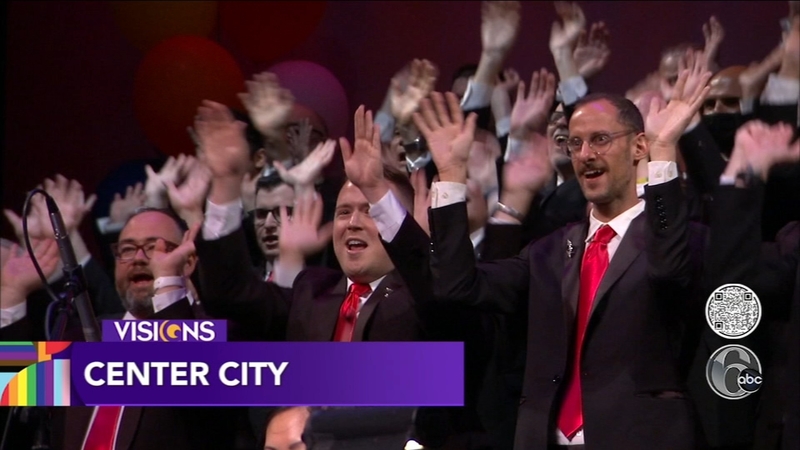 PHILADELPHIA (WPVI) -- This Philadelphia Gay Men's Chorus has been belting out tunes for 40 years, and at the same time, acting as an anchor in the community.

The nonprofit puts on a variety of performances complete with costumes, dancers and a live orchestra.

"We do everything from POP, classical, everything in between. We also tie it to other elements," says Joe Buches, Artistic Director and Conductor of the Philadelphia Gay Men's Chorus.

The group cemented a well-respected reputation.

"We've performed with some celebrities," says Buches, "We are resident at the Suzanne Roberts Theatre."

It's a trip down memory lane for longtime director Buches.

Many choirs emerged in the 1980s in response to the AIDS epidemic.

"For a safe place, and unfortunately, sing at funerals," says Buches, "When I started 18 years ago, there are about 35 members and now, we have over 150 members."

It serves as a social outlet.

"There are people who have known each other for 30 years," says Buches.

The 40th is a reflection on rebuilding from the pandemic.

"Last year, we did the whole season virtually," says Buches, "I'm glad to be back."

The aptly named the show: 'Songs of the Phoenix.'