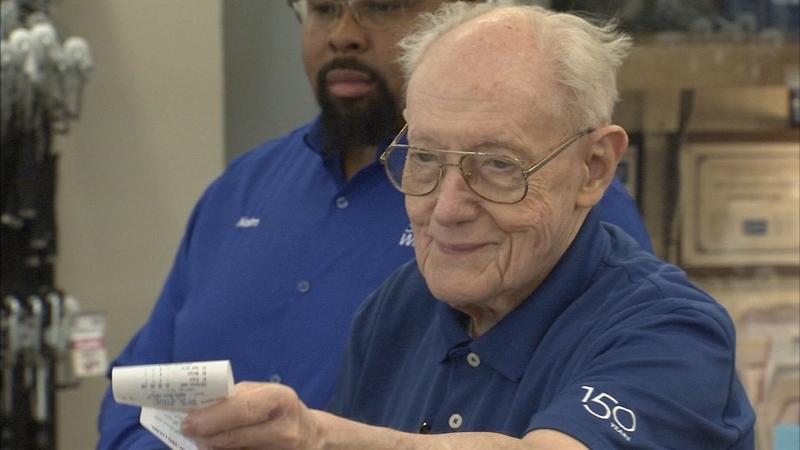 PHILADELPHIA (WPVI) -- This is a story that's making us Philly Proud Friday.

Today in South Philadelphia, there's a man named Edward Murphy who is celebrating a pretty remarkable milestone, his 60th anniversary with his company.

He has worked 60 years for Sherwin Williams.

Murphy, or Murph as he's known has spent the past six decades working there.

He's had a lot of roles there, including manager and you can now find him on the sales floor.

Murphy graduated from LaSalle University, spent 4 years in the Navy during the Korean War and since 1958 he's been working for Sherwin Williams.

And he still works there!

We asked him if he was still enjoying himself. "Yeah, I like waiting on customers and meeting contractors. How long you think you are going to work? Murphy said, "As long as my body allows."

Store manager Naim McClain said, "He's a man for company and family and country and an honor to work with him and hear stories of the history of the paint business."

At 87 years young, he's still the go-to guy especially for customers who know he knows he stuff and those swatches too!