Businessman back on stand in Seth Williams trial 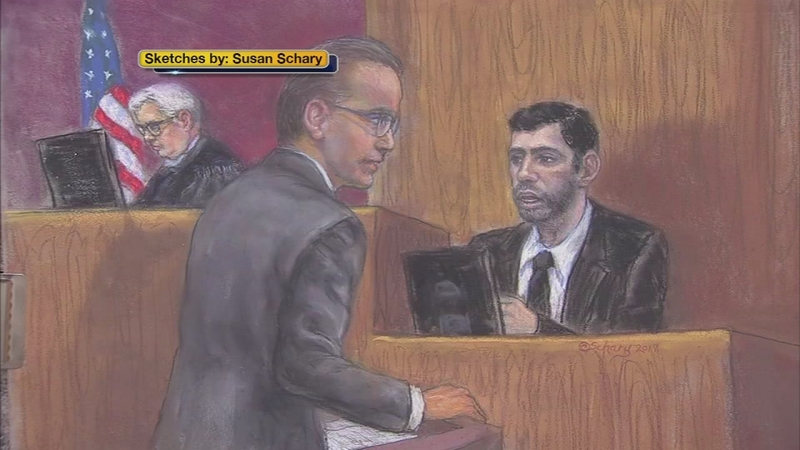 Businessman back on stand in Seth Williams trial

PHILADELPHIA (WPVI) -- A Bucks County businessman was back on the stand Friday as the corruption trial of Philadelphia District Attorney Seth Williams continued.

Mohammad Ali testified about the alleged favors he received from Williams in return for money and expensive gifts.

His credibility was under fierce attack from Williams' lawyer, Thomas Burke.

Ali is hoping for a reduced sentence after pleading guilty to tax evasion and bribing Williams. Ali conceded he couldn't get the deal if he had refused to testify against Williams.

On Thursday, Ali testified that he lavished thousands of dollars' worth of expensive gifts on Williams because he wanted to be close to someone in power so he could call him if he needed anything.

Under cross examination, Ali conceded Williams was a friend who did him favors before he ever gave him any high-end gifts. Those gifts included Caribbean vacations, cash and other gifts.

On Monday, Philadelphia Deputy Police Commissioner Joe Sullivan will testify about Williams arranging a meeting with Ali, so the Jordanian-born multi-millionaire could air his belief he was the subject of racial and religious profiling at the airport when he would return from international trips.

Back in 2012, Sullivan was a captain in charge of homeland security for the police department.

Williams has maintained his innocence.