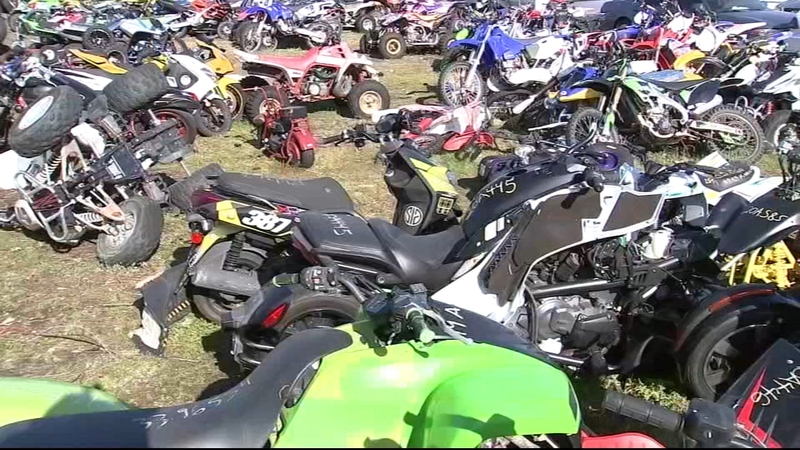 PHILADELPHIA (WPVI) -- The Philadelphia Police Department says it is continuing its efforts this week to combat the issue of illegal dirt bikes and ATVs on city streets.

Over the weekend, officers conducted sweeps that resulted in 46 vehicles being taken off the streets. But the work continues.

Action News saw plenty of riders going up and down Broad Street on Monday night.

"It is what it is really. You know if you live in Philadelphia, you have to put up with it," said one Philadelphia resident.

"You're always going to have a bad bunch of people who are going to ride without caring what street they're on," added Justin Smith of South Philadelphia.

We asked several people what could possibly be done to stop them and no one seemed to know.

"It's here to stay. I don't know what they're going do," said Smith.

A resident named Andre was teaching his 4-year-old son how to ride an ATV near Temple University's campus on Monday evening.

He said he's correcting the problem by teaching his son to ride in the city but only in parks.

"You can't take everything away from everybody, you know it's life. So enjoy life while we can as long as you don't do nothing stupid," said Andre.

He also said he's teaching his son to respect the road.