The suspect was taken into custody near an OfficeMax at Cottman Avenue and the Roosevelt Boulevard.
WPVI
By 6abc Digital Staff, Katherine Scott and Bryanna Gallagher 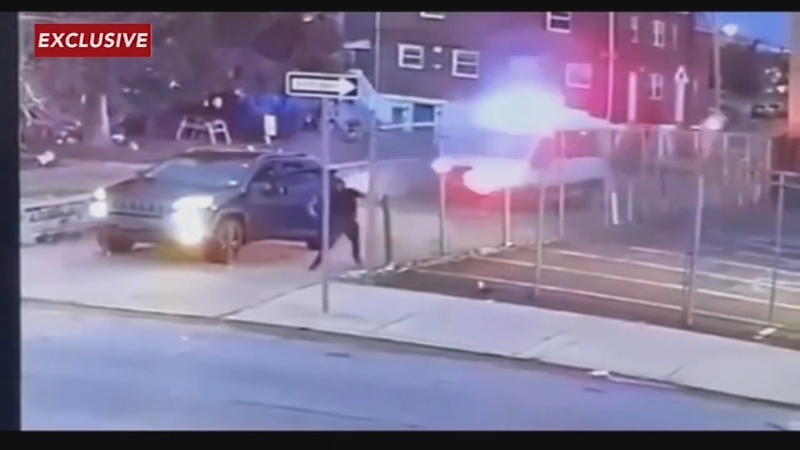 PHILADELPHIA (WPVI) -- Action News has obtained exclusive video as police came under fire during a pursuit in Northeast Philadelphia on Thursday night.

The suspect, 28-year-old Tajan Durham, has been charged by the Philadelphia District Attorney's Office with attempted murder. 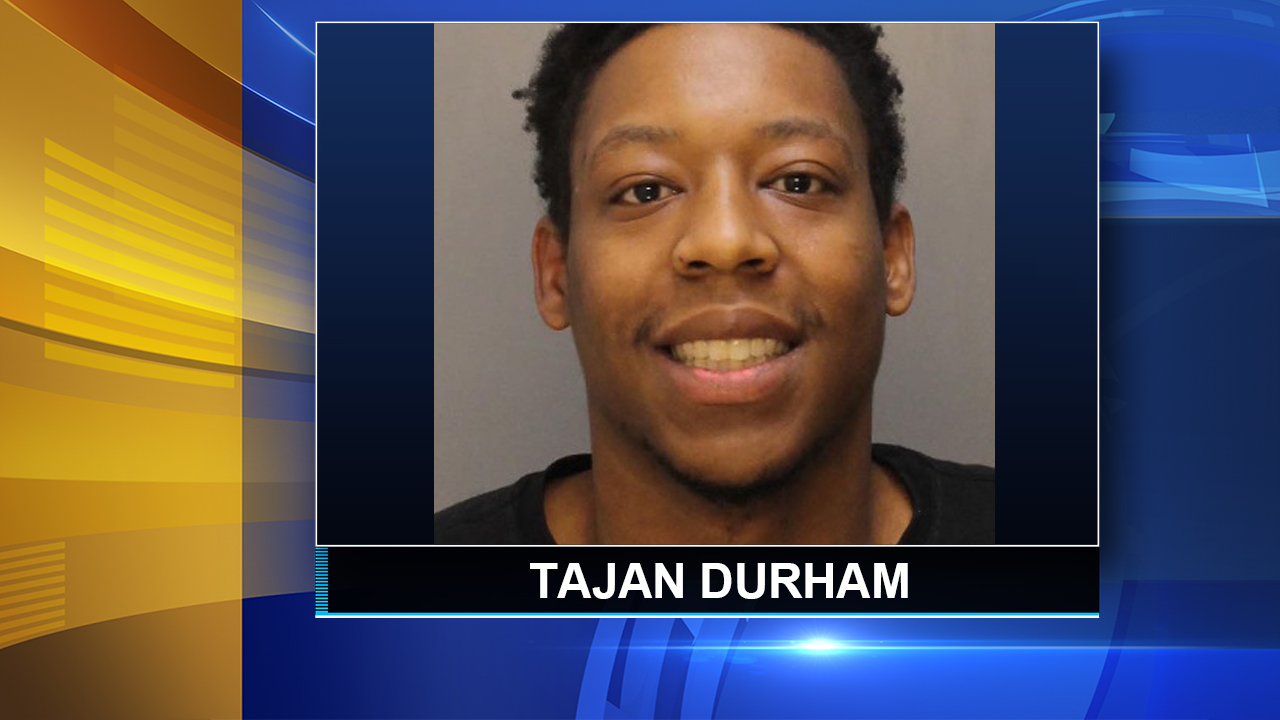 It all started shortly before 5:30 p.m. when 15th district officers on patrol spotted a Jeep Cherokee Trailhawk with no tags parked unattended on the 6800 block of Ditman Street.

The SUV fit the description of a vehicle wanted for a previous armed robbery and a fatal shooting earlier this week.

As the officers watched the Jeep, a man got into the vehicle and drove away. The officers, in full uniform, in a marked car tried to pull him over.

"The vehicle refused to stop, took off at a high rate of speed," said Philadelphia Police Chief Inspector Scott Small.

Police say they responded to Cottman Avenue and Roosevelt Boulevard and that's when a man reportedly started firing shots at officers.

Officers pursued the Jeep for blocks during which police say the suspect fired a shot at officers.

When poles blocked the Jeep's exit out in a rear driveway off the 7300 block of Revere Street, the video shows the suspect jumping out of the vehicle and firing.

He allegedly fired eight additional rounds at the four officers in pursuit and two officers who arrived on the scene, the D.A.'s office said.

"The Jeep crashed into one of the poles. When the driver exited that vehicle he fired multiple shots at the police officers. We found at least eight spent shell casings," said Small.

Officers chased the suspect to the OfficeMax at Cottman Avenue and Roosevelt Boulevard where they saw him toss the gun onto the roof; it was later recovered.

Police say Durham was found hiding under a vehicle and taken into custody.

HAPPENING NOW: Police have arrested a man in Northeast Philadelphia, after he reportedly fired shots at officers.

The incident happened near Cottman Avenue and Roosevelt Boulevard around 5:30 p.m., police are still on scene. @6abc https://t.co/fmsbHBp0aE pic.twitter.com/TNHJF0iOVZ

No officers discharged their weapons in the incident and none were injured, police say.

Chief Inspector Small credited the restraint shown by officers, because this all unfolded during rush hour near one of the busiest intersections in Northeast Philadelphia.

"Officers not only were not injured, were not struck by gunfire, so they're very lucky, they showed a lot of control and restraint. They didn't fire any gunshots," said Small.

Police are still investigating if the suspect and the vehicle were involved in the previous robbery and fatal shooting.

During a vehicle & foot pursuit the suspect, who’s now in custody, fired eight shots at police. Fortunately no one was injured, & police didn’t fire any shots. @6abc pic.twitter.com/dcgtwud9L2