Person being questioned in shooting death of boy, 9, in Philadelphia: Sources

WPVI
By Maggie Kent
PHILADELPHIA (WPVI) -- A person is being questioned by Philadelphia police in connection with the shooting death of a 9-year-old boy on Tuesday night, Action News has learned.

The shooting happened around 9:27 p.m. inside a residence on the 5900 block of North 20th Street in the city's Ogontz section.

Police say a 9-year-old boy was shot once in the face. He was found in the back bedroom of the home.

Officers rushed him to Albert Einstein Medical Center where he later died.

Commissioner Danielle Outlaw provides update on deadly shooting of 9-year-old boy on May 26, 2020.

On Wednesday, officers found a handgun behind the home and believe it's involved in the deadly incident.

According to Commissioner Danielle Outlaw, there were family members, including an adult, inside the home when the shots rang out.

"There's evidence to believe that there might be some negligence involved," said Outlaw.

Police have conducted interviews with everyone who was inside the home at the time of the shooting and have not made any arrests at this point.

Sources tell Action News that the weapon is believed to belong to the live-in boyfriend and charges are pending.

Sources also say that it appears the child accidentally shot himself while handling the gun.

"I think there's just too many damn guns in our society in the hands of people who don't use them properly," Kenney said.
Report a correction or typo
Related topics:
philadelphiacrimechild deathshootingphiladelphia police
Copyright © 2021 WPVI-TV. All Rights Reserved.
CRIME 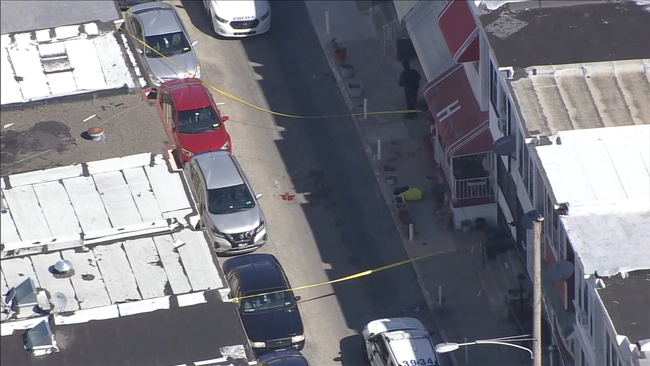