Philadelphia police: Man shot by gunman in vehicle then hit by another driver

The victim was taken to an area hospital and placed in critical condition.
WPVI
By 6abc Digital Staff 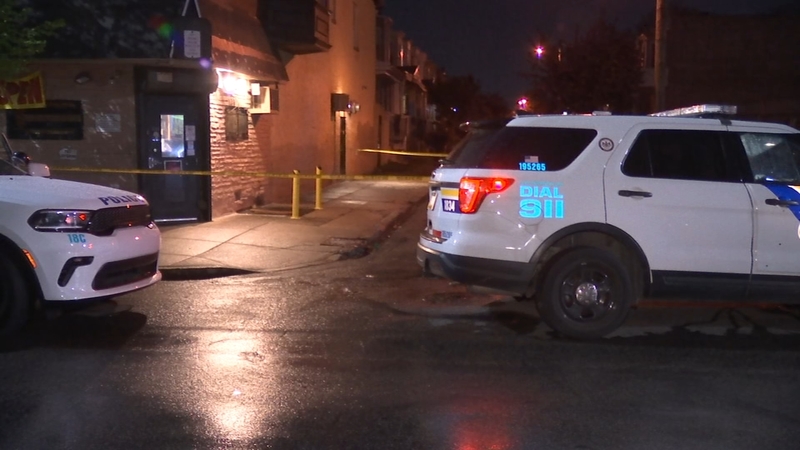 Police: Man shot by gunman in sunroof, hit by another driver in Philly

PHILADELPHIA (WPVI) -- Philadelphia police are investigating after a man was shot three times and then run over on Tuesday night.

It happened around 8:20 p.m. at 60th and Delancey streets in the city's Cobbs Creek section.

According to Philadelphia Chief Inspector Scott Small, a man in his 30s was shot in the chest, lower back and leg by a gunman who was standing through a sunroof.

"You can see a dark-colored sedan going west on the Delancey from 60th (Street). Someone was standing through the open sunroof and firing shots from the sunroof at the victim," said Small.

The vehicle fled the scene after the shooting.

Philly police provide an update on the shooting, hit-and-run incident in Cobbs Creek on April 26, 2022.

Small said another driver then hit the victim moments after he was shot.

"A second vehicle behind the shooter's vehicle -- another dark color vehicle -- then struck our shooting victim and actually ran him over," said Small.

Police are working to determine if there's any link between both incidents.

"Now we don't know if the vehicle that struck the victim after being shot was with the vehicle in front, which was the shooter's vehicle -- we don't know. But both vehicles left the scene west on the Delancey from 60th Street," said Small.

The victim was taken to an area hospital and placed in critical condition.