Man dies after being shot inside Philadelphia takeout restaurant

Arriving officers found a 40-year-old man lying on the floor, suffering from a gunshot wound to the chest.
WPVI 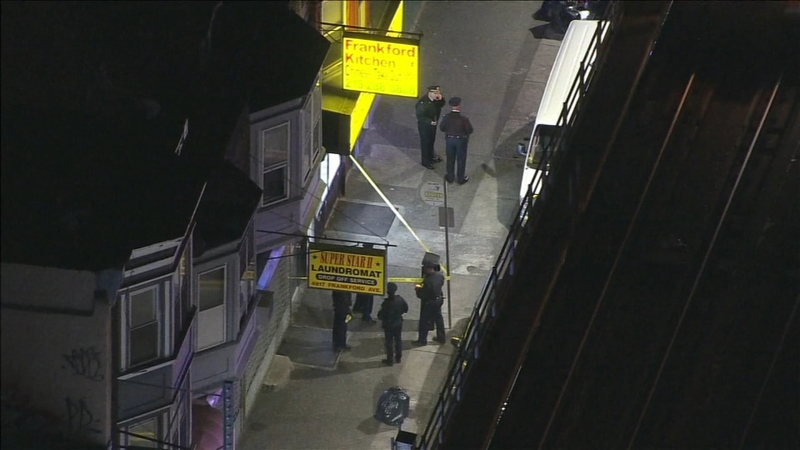 Man dies after being shot inside takeout restaurant

PHILADELPHIA (WPVI) -- Philadelphia police are investigating after a man was shot and killed inside a Chinese takeout restaurant on Monday night.

It happened around 8:30 p.m. on the 4800 block of Frankford Avenue in the Frankford section of the city.

Arriving officers found a 40-year-old man lying on the floor of the restaurant, suffering from a gunshot wound to the chest.

According to Philadelphia Chief Inspector Scott Small, the gunman walked up to the victim and fired multiple shots just after he picked up his food.

"We know at least three shots were fired because we found three spent shell casings in the takeout area," said Small.

The victim was rushed to an area hospital where he later died.

A motive for the shooting is still under investigation.

Police say one person is in custody but it's still unclear if the individual is responsible for the homicide.