Police say a silver sedan was traveling eastbound on Venango Street when a gunman fired at least 21 gunshots.
WPVI
By 6abc Digital Staff and Jaclyn Lee 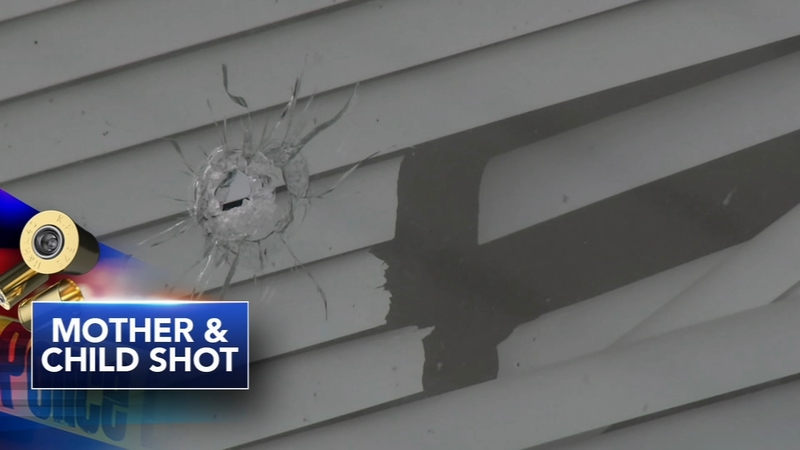 Mother, 5-year-old son wounded by gunfire while lying in bed

PHILADELPHIA (WPVI) -- Philadelphia police are investigating a shooting that injured a mother and her young child inside a residence on Thursday night.

Police say a 28-year-old mother and her five-year-old son were both shot while lying in bed.

Action News spoke with the mother who said she was shot in her upper thigh and the same bullet then hit her son's arm.

She said the bullet is stuck in her son's elbow and he will have to undergo surgery.

"There's a bed in the living room right under the window. We know one bullet went through the lower part of the window frame and into the house," said Philadelphia Chief Inspector Scott Small.

Police say a silver sedan was traveling eastbound on Venango Street when a gunman in the passenger's seat fired at least 21 gunshots, hitting several homes on the block.

According to Small, a house next door to the mother and son was struck three times by gunfire, but no one was injured.

"The bullets went through the living room window and lodged in the ceiling and the walls. There was a family -- adults as well as juveniles -- that were in the house at the time," said Small.
Many neighbors said the area is incredibly dangerous and want more police patrols.

"You might swallow a bullet without warning, and a stray bullet don't have a name," said neighbor Victor Delgado of Kensington. "It'll come at you from any distance, a roof, a car, under a car. It will come anywhere they can shoot you from."

A motive for the shooting is still under investigation.