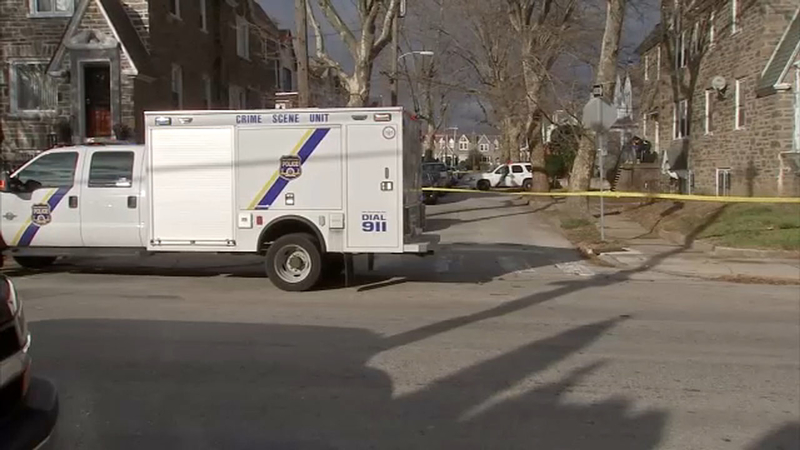 Two people have been taken into custody.

Investigators say the shooting happened around 12:45 p.m. on the 1500 block of Chelten Avenue. Officials confirm one man was shot in the face and pronounced dead at the scene.

Resident Darrow Dean lives just feet from the crime scene. He says he knew the suspect and the victim.

Dean says he heard the sounds of gunfire.

"Of course, you are going to walk to the window or the door to see what is going on and then you see it, you see the madness," Dean said.

Dean says he saw the two arguing moments before the shots were fired.

He's not sure what led to the shooting but says whatever it was his neighbor didn't deserve to die.

"You see this monster shooting him, just shooting him like it is something you would see on TV. This is real life, just took his life away," said Dean.

The Action Cam captured dozens of evidence markers on the scene.

At this point, police are not confirming a motive or just how many shots were fired.

Those living in the neighborhood say both men lived in the community and residents want some answers on what happened.

"I heard the shots. I just heard bang, bang, bang and I came outside and a man was lying down on the ground, half of his face is gone," said Charles Foster of West Oak Lane.