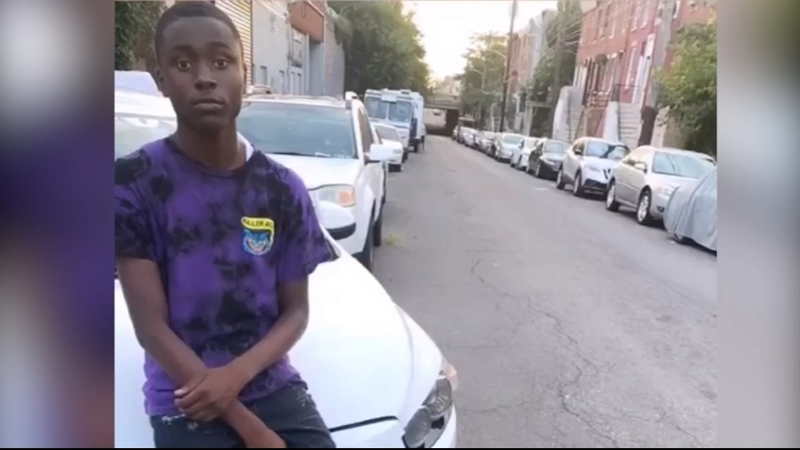 PHILADELPHIA (WPVI) -- Philadelphia police are investigating a shooting that killed a 14-year-old boy on Thursday evening.

His family has identified the boy as Tahmair Timms.

"He was an outgoing fun kid, liked to crack jokes," said Timms' mother, Regina. "Just was a regular kid, a regular 14-year-old child living his life as a 14-year-old kid and my son didn't deserve this. He didn't."

Police said the 14-year-old boy was shot once in the chest and once in the back. He was rushed to an area hospital where he later died.

"I see this every day and it never really clicked until it happened to me, so I cried all night and haven't been asleep really yet," said Nahjair Corey of North Philadelphia.

His family said Timms loved football and basketball. They said he was always smiling and laughing.

The 6abc data journalism team found that shootings involving children are up 70 percent this year in Philadelphia. In comparison, 119 kids were shot in all of 2019.

In 2020, as of December first, 184 children have been victims of gun violence, with 30 of those coming in the month of November.

Family says 14 year old Tahmair Timms loved football and basketball. They said he was always smiling and laughing. He was shot in the chest and back. Police don’t know who or why @6abc pic.twitter.com/IbUj3ajuIO

"Youth feel unsafe," said Dijonee Talley, a youth organizer for Ceasefire PA. "Youth feel like they're not being looked out for. Youth feel like wholly ignored when it comes to the impact of COVID and the gun violence that's rising."

Dijonee Talley and Ricky Duncan work with at-risk youth in Philadelphia and they said kids have nothing to do with the shutdown of recreational activities due to COVID.

Combined with the economic uncertainty of the pandemic, they said there's a correlation between the rise in gun violence.

"A lot of times they enter into the streets because they're looking for economic growth," said Rickey Duncan, Executive Director of the Nomo Foundation. "So we create that by giving them more jobs, more programs, more training."