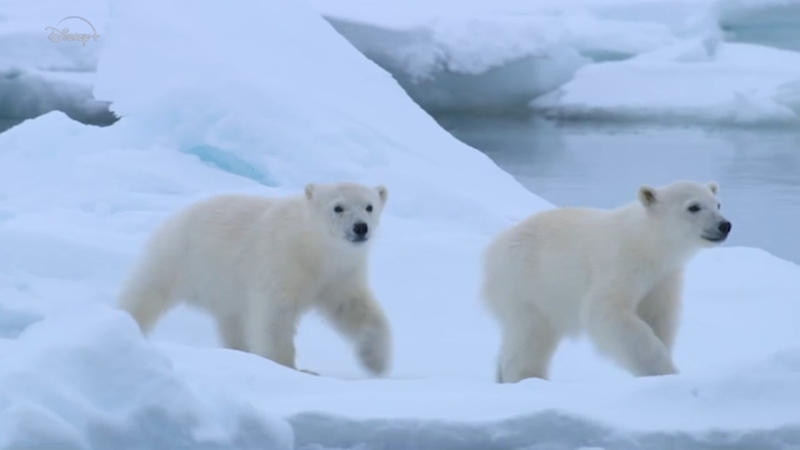 The streaming service Disney+ is putting a focus on Earth Month. This week, we'll see a new Disneynature documentary that follows a mother polar bear who shows her cubs what it takes to survive.

"Polar Bear" tells the story of a family of bears who face increasingly tough challenges due to how the changes in climate have affected their habitat. Directors Alastair Fothergill and Jeff Wilson shot the film over three years in the ice cold Arctic.

The directors say they would not have been able to make this film 10 years ago, but advances in technology, including drones, allowed them and members of their team to get closer than ever to the bears.

"It would be very easy for us to muck up their hunt simply by being too noisy or too close, but the lenses and the technology allows us to witness from a safe distance away not to disturb," Wilson said.

The film has several awe-inspiring moments, thanks to the beloved bears and Mother Nature. But the environmentalists hope their film inspires us to pay attention sooner rather than later.

"The reason we wanted to make the film is people talk a lot about climate change but it's hard to show it," said Fothergill. "In this film, through the eyes of our female bear you certainly see it. And I think Earth Day is a very good time to question. You should question your own footprint on the planet, your own use of energy, as individuals we can do an enormous amount."