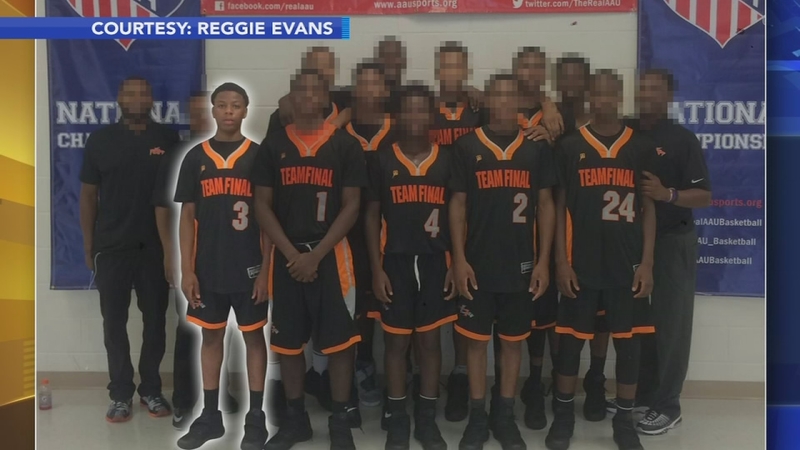 Family members told Action News the 16-year-old who was killed was Ronald Lundy. They said Lundy was shot to death while walking home from school with other kids. They are adamant that he was not the intended target.

Lundy was taken to Crozer Chester Medical Center where family members waited in droves to hear if he would pull through.

"Even if someone was to go after the person he was with, you have no right to shoot someone that had nothing to do with nothing," said Patricia Gayle Evans, Lundy's great aunt.

The Chester High School sophomore was on the JV basketball team. His cousin and his father coached Lundy along with his older brother on their AAU team.

"He's not a street guy. He's always hanging with his dad Ronald senior," said Taymu Garrett, a coach at seventh street basketball courts. "You always see them together."

The 16-year-old's death is the city's 23rd murder, on pace to eclipse last year's total of 26. For Lundy's family, it's their fifth murder on Chester's streets.

"I've walked this road three times, and I know how it feels to lose a child," said Bianca Wootson, Lundy's great aunt. "It needs to stop. Every other week up here someone is getting killed."
Sources said it appears the three victims knew one another. Police said there is no clear motive for the shooting at this time.