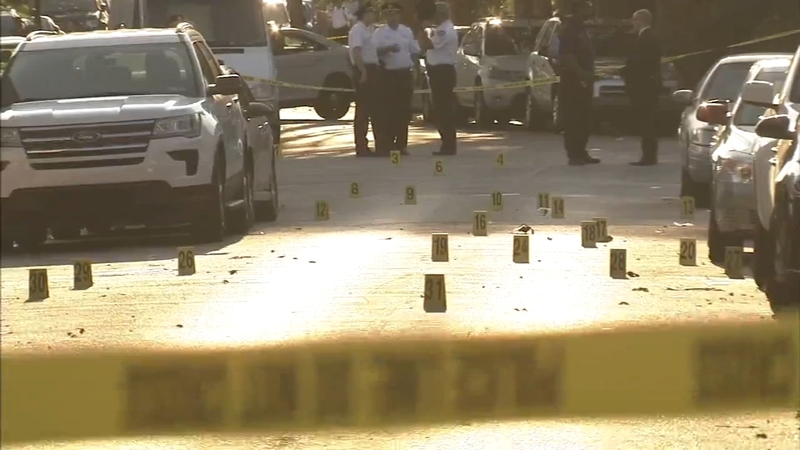 It happened around 4:30 p.m. on the 5800 block of North 15th Street, 20 blocks north of where six police officers where shot on Wednesday.

Chopper 6 captured police pulling one victim from a residence, placing him into a police car and rushing him to the hospital.

@PPDCommish on scene of quintuple shooting on the 5800 block of North 15th Street @6abc pic.twitter.com/drZrAD0rxf

Appears shooting may have happened in the middle of the street. Detectives outlined bullets in white chalk. @6abc pic.twitter.com/onIZNNfj6i

Police confirmed the five shooting victims were males ranging in ages from 17 to their mid-20s. All five were taken to the hospital.

One victim, shot in the head and chest, is listed in critical condition; the four others suffered non-life threatening injuries.

The street was riddled with around 26 shell casings leading police to conclude this wasn't a single shooter.

Investigators think the victims were targeted as they sat outside.

"Picking up a gun is not a way to handle your issues. Sadly, we got a small percentage of our young men who think that's the only way to deal with situations. So we got to break that culture, too ," said Police Commissioner Richard Ross.