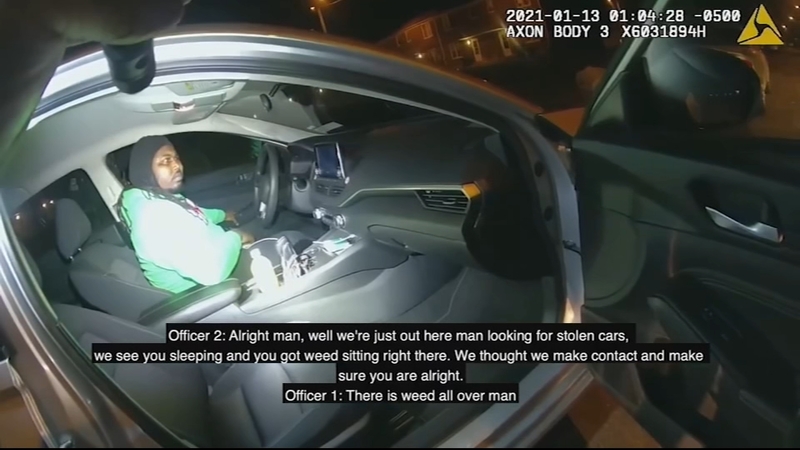 Moses was shot and killed by New Castle County Police on January 13.

The video was released by police at the request of County Executive Matthew Meyer and pressure from the family of Lymond Moses, who reviewed the footage last week.

The family of a Delaware man who was shot and killed by police last month in Wilmington is demanding justice.

Typically, footage is not released until the conclusion of the attorney general's investigation.

"The fact that's something has been done in the past for years does not mean to me, or my staff, or quite frankly the chief of police, that we must - or even should - continue doing it," said Meyer.

The Delaware FOP Lodge 5, which represents two of the officers involved, denounced the video's release.

In a statement, the FOP said in part "choosing to release this video now undermines the credibility of any future legal proceedings that may arise from this incident."

The video shows the perspective of the three officers as they met Moses along Rosemont Avenue in the city of Wilmington.

New Castle County police have released bodycam video of a fatal shooting from January in Wilmington.

As described by police, because of the design of the cameras, audio of the recording begins shortly after Moses was found asleep in his car down the dead-end street.

"You're sleeping with the car in drive," said one officer.

"Bro my mom live right here. Why you walking up like," replied Moses.

"Alright relax, relax, we are just talking to you," said another officer.

Moses repeatedly told the officers his mother lived next to where his car was parked.

Soon after, the officers told Moses why they approached him in the first place and point out they can see drugs in the car.

"Alright man, well we're just here looking for stolen cars, we see you sleeping and your weed sitting right here," one officer said. "We thought we make contact and make sure you're alright."

"There is weed all over," said another.

One officer is heard telling Moses they didn't care about the marijuana, and then proceeded to ask him to hop out of the car.

That's when things took a turn.

"Don't do it, don't leave," shouts an officer as Moses drives off.

Police follow in their vehicles, but the chase is practically over before it starts as Moses backs down the dead-end street.

The officers have their guns drawn. As the car picks up speed, the officers shout, and then the shots are fired.

Moses' family contends he was tried to get away from officers, not run them over.

Alongside their attorney, they held a press conference at police headquarters.