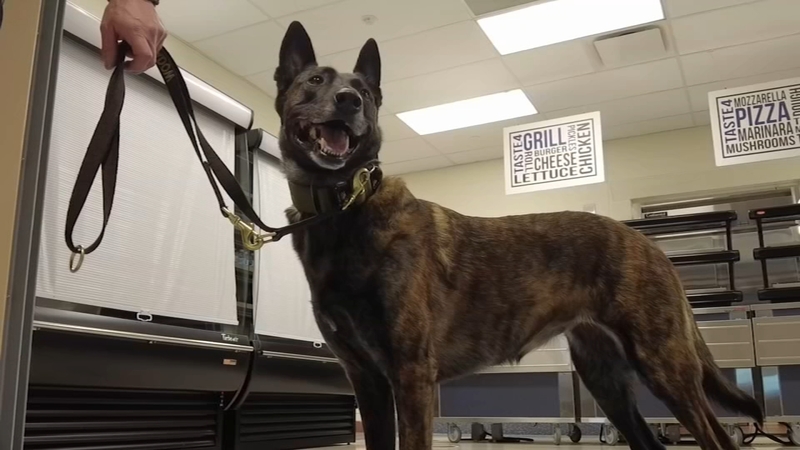 The training has now become another level of security at some schools in South Jersey.

The Dutch Shepherd protects some 800 students. They are not allowed to pet her, but can give the occasional high five.

"She's trained to detect the odor of gun powder," said campus safety officer, Stephen Manera. "She's also trained for, God forbid, is someone shooting in the school. She's trained to take me to the gunshots. As I assess what's going on, I release her and she's trained to engage the shooter."

Meadow graduated from the Atlantic County K-9academy in 2019. She's named after Meadow Pollack, a teen killed in the Parkland school shooting in 2018.

"That little girl deserved recognition. Even in the face of danger, she tried to change someone else's life by helping them," said Joe Nick, K-9 Training Director.

That tragedy, along with a series of school shootings across the country, is what inspired Joe to start this program, making meadow the first school dog through academy.

"I felt that if I could train a dog that could save just one child, we would win," he said.

Superintendent of Schools Dina Rossi says this added another layer of protection at schools.

"We have all our officers who are armed, so this is just the next step in creating the next layer of campus safety," she said.

It's like having another set of eyes and ears, but with four paws.

"Just her presence here and there, I believe the kids feel safer," said Stephen.