The nonpartisan Commission on Presidential Debates confirmed Friday that the Oct. 15 faceoff would be scrapped. The decision was made a day after the commission announced the debate would take place "virtually" because Trump had contracted the coronavirus.

Trump balked at holding the debate in that format, and Biden scheduled a town hall with ABC News for that night once Trump said he would not participate.

Here's everything we know about the 2020 presidential debates:

When and where are the debates?

Who are the moderators?

According to the nonpartisan Commission on Presidential Debates, the moderators are:

Will the CPD make changes after Trump's COVID-19 diagnosis? After the chaotic first debate?

The now-canceled second Trump-Biden debate shifted to a 'virtual' format amid concerns about the president's COVID-19 diagnosis, the nonpartisan host of the debates announced Thursday.

The candidates were scheduled to "participate from separate remote locations," while the participants and moderator remain in Miami. Trump's campaign, however, said it will "pass" on a virtual town hall and schedule a rally instead, leading Biden to commit to an ABC News town hall event that same night.

The CPD has not announced changes to the final debate.

The Sept. 29 presidential debate deteriorated into bitter taunts and near chaos, with Trump in particular repeatedly interrupting Biden and talking over the moderator, Chris Wallace.

A day later, the commission released a statement saying it will consider changes to the debate format and will announce those shortly.

"The Commission on Presidential Debates sponsors televised debates for the benefit of the American electorate. Last night's debate made clear that additional structure should be added to the format of the remaining debates to ensure a more orderly discussion of the issues," the statement read.

The now-canceled second presidential debate would have looked similar to a town hall even with Trump and Biden answering questions from uncommitted Miami-area voters selected under the supervision of Dr. Frank Newport from the global analytics firm Gallup.

The first and third presidential debates are divided into six segments of approximately 15 minutes each on major topics to be selected by the moderator, according to the Commission on Presidential Debates. Those topics will be announced at least one week before each debate.

Candidates will have two minutes to respond to the moderators' questions.

The debate was divided into nine 10-minute segments. Pence and Harris each had two minutes to respond.

The candidates will have two minutes to answer each question, and the moderator will have an additional minute to facilitate further discussion.

How will the coronavirus pandemic impact the debates?

Before the president's COVID-19 diagnosis, debate organizers followed several health and safety protocols for the pandemic.

Ticketing is extremely limited for all events. Seating will also promote social distancing.

The CPD said it will follow all CDC, state, county and site health and safety protocols at the four debate sites, with the Cleveland Clinic serving as its health security advisor.

The University of Notre Dame announced in July it would withdraw from hosting the first presidential debate in September due to concerns about the coronavirus pandemic. The venue was rescheduled to Case Western Reserve University.

The second presidential debate was also originally scheduled elsewhere. The University of Michigan, Ann Arbor, announced in June that it could not safely hold the debate, so it was moved to the 525,000-square-foot Adrienne Arsht Center in Miami. 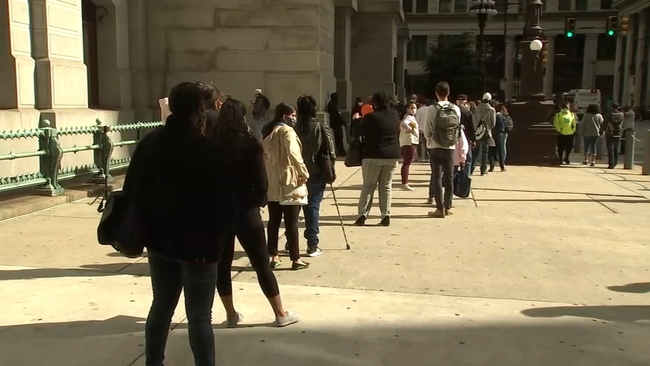