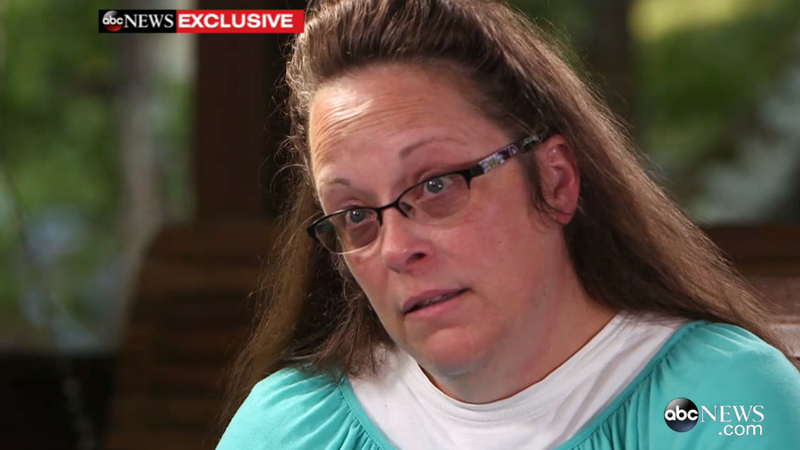 Back at work and continuing to refuse same-sex marriage licenses, Kim Davis said she'll go back to jail again if that's what it comes to. The Kentucky clerk is clear about her stance: Between her constituents, the federal government and her religious beliefs, the latter informs her decisions above all else.

"My constituents elected me, but the main authority that rules my life is the Lord," she said in an exclusive interview with ABC News' Paula Faris.

Davis, who has been married four times and had children in an adulterous relationship, said she doesn't consider herself a hypocrite. Davis said she believes that she was forgiven of her sins when she accepted God four years ago.

Though Davis has received messages of support, she has also received hate mail. She showed Faris messages comparing her to Hitler and threatening to kill her.

Davis said that she'll go back to jail before changing her position. Her deputies in Rowan County, meanwhile, have been issuing all marriage licenses for her. Davis said those are not valid.

Davis, who was elected as a Democrat in November, said she has friend who are gay, and they agree to disagree.

When asked about the happiness and dignity celebrated by same-sex couples who have received licenses through her office, Davis said she doesn't believe that those feelings are a Constitutional right.