Pa. lawmaker comes out as gay amid push to change hate crime law 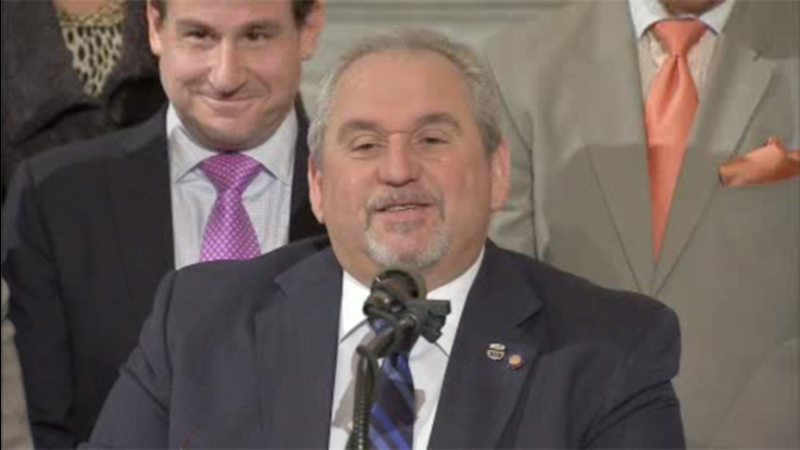 Lawmakers are using a recent attack against a same sex couple in Philadelphia as a springboard to bring more attention to a measure that many have been trying to pass through Harrisburg for years.

State Senator Larry Farnese of Philadelphia says the fact that there are only a few days left before the end of the current legislative session is no excuse to keep Senate Bill 42 from getting passed.

Representative Brian Sims of Philadelphia, who is also a member of the LGBT community, says the fact that this issue is still being debated in Harrisburg is nothing short of outrageous.

Sims says, "Lesbian, gay, bisexual, and transgender. Get used to it. There's a million of us in this state, and we deserve the same rights and the same protections as everybody else."

These lawmakers held a rally shortly after sending a letter to Senator Stewart Greenleaf of Willow Grove, who is chairman of the judiciary committee, calling for the speedy passage of the bill in light of the recent attack against a gay couple in Center City Philadelphia.

Senate Bill 42 was drafted by Senator Jim Ferlo of Pittsburgh, who took the opportunity to formally come out.

"Hundreds of people know I'm gay. I just never made an official declaration. I never felt I had to wear a billboard on my forehead. But I'm gay. Get over it. I love it. It's a great life," Ferlo said.

A similar bill made its way through legislature back in 2002, but it was tossed out on a legal technicality.