Investigation: Woman says she was maced by NJ bakery owner while picking up free cake 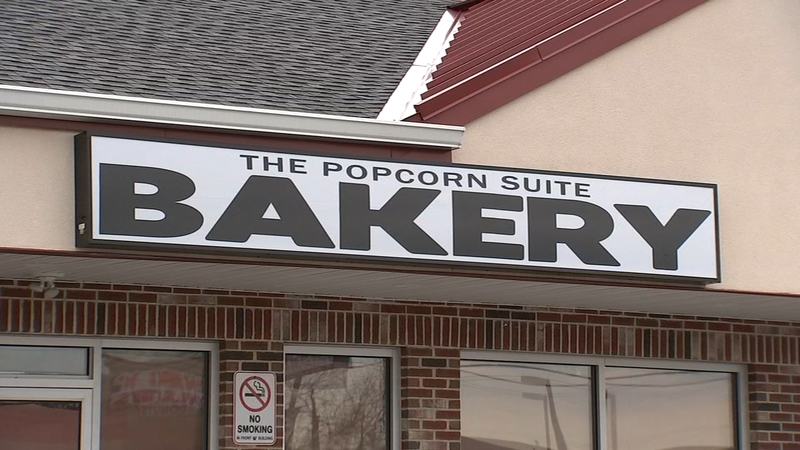 BERLIN, New Jersey (WPVI) -- A woman turned to the Action News Investigative team after she says a South Jersey bakery owner maced her over a dispute when she tried to pick up a cake she won in a Facebook promotion.

Customers said the owner, Wakeeta Rowe, failed to deliver baked goods. Others accused the bakery of selling cakes and doughnuts from other local stores while claiming they were freshly baked.

Sharon Karbach said her dispute happened after she won a free cake in a February Facebook contest to promote the new bakery. 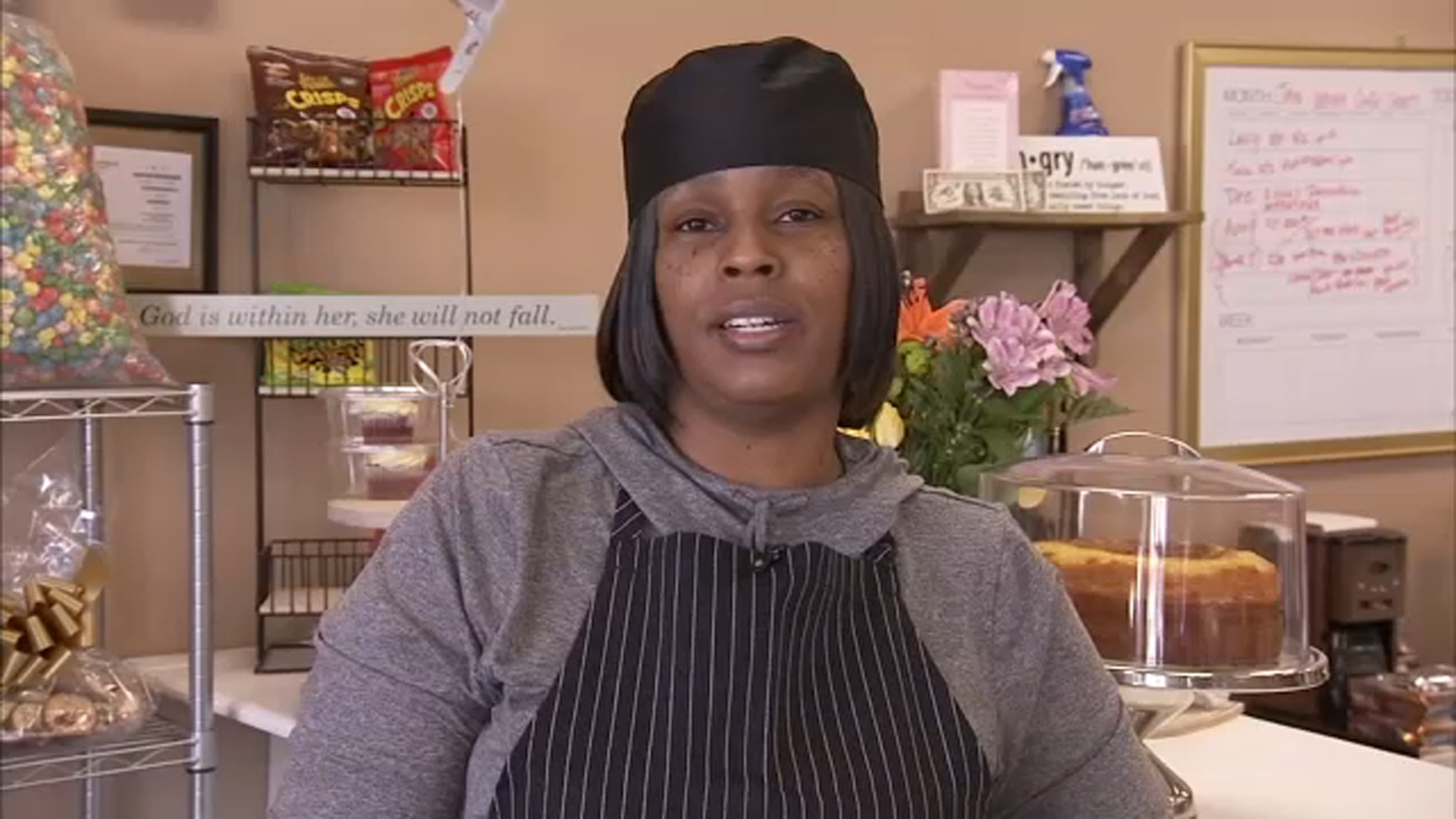 Karbach said she mutually scheduled with Rowe to pick up her cake in mid-March.

When she arrived at 100 Cross Keys Road in Berlin, she said Rowe told her it wasn't ready.

"She said that I was impatient, I was ignorant and I didn't deserve the cake," recalled Karbach. "And I said, 'You just wasted my time.'"

A dispute ensued. Karbach said that's when Rowe maced her for not leaving the store.

Karbach called 911, but said Rowe told police she was the victim.

"I started backing up towards the door... like this lady's crazy, like all this over a cake?" Karbach added.

The alleged assault is one of various complaints.

The Popcorn Suite was set to be highlighted in February on a 6abc program when the investigative team began receiving complaints.

"There is not a cake we cannot craft," Rowe said during an interview for the program.

But how much baking Rowe actually does is in question.

At that time, she told an Action News producer: "We also craft a delicious cake doughnut. The good thing about cake doughnuts is they're lighter, less calories than fried doughnuts."

But our investigation found those "cake doughnuts" are actually made by a Long Island baker by the name of Hannah who didn't want her last name used.

Hannah said, before they finalized their agreement, Rowe went on Facebook to claim she made the "cake doughnuts."

And Rowe was unable to remember the very flavors of doughnuts she claimed to make when asked by our producer.

"I can't remember them off the top of my head... Let me look at my phone real quick," Rowe said. 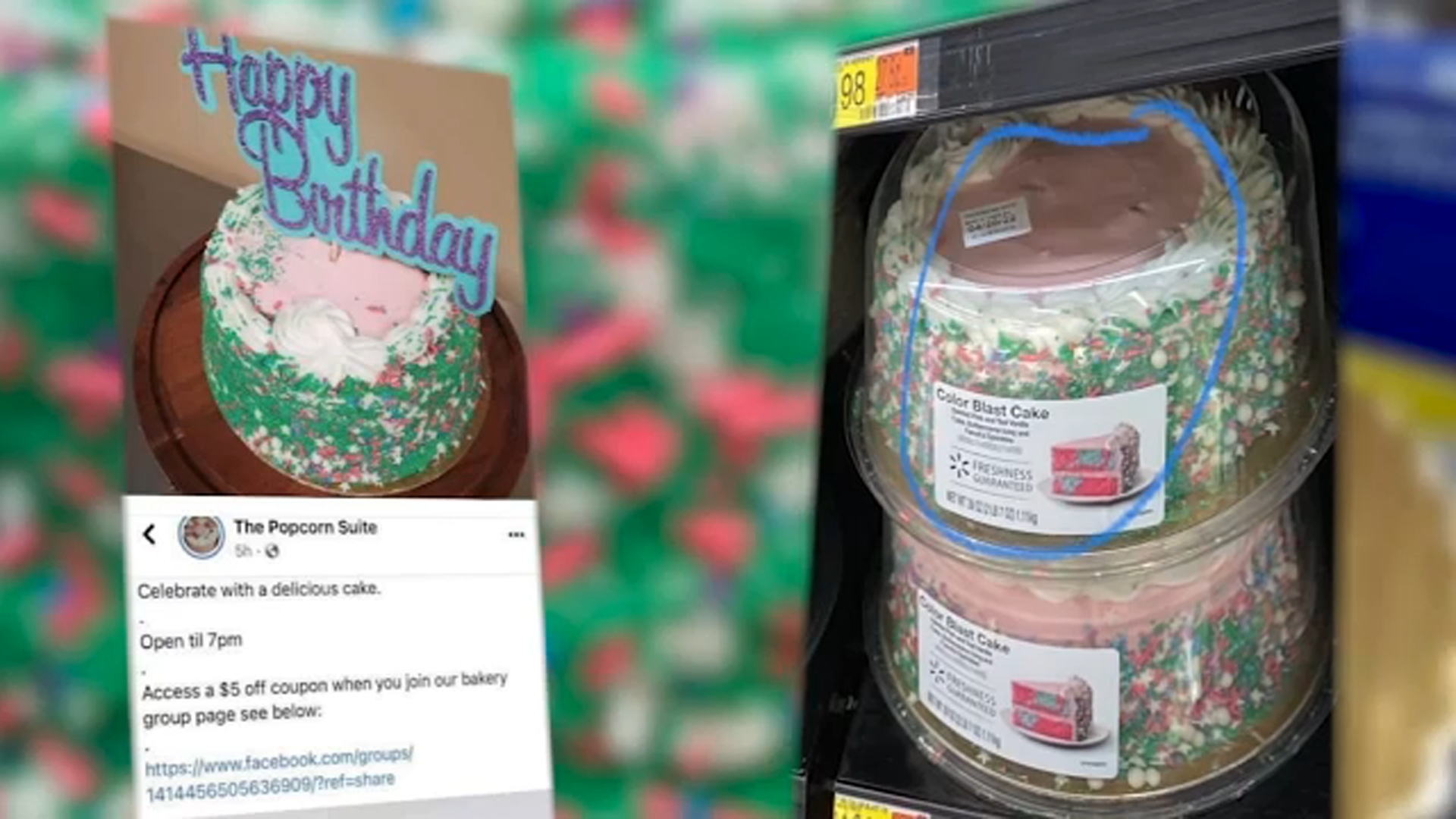 Action News found a cake being advertised on the Popcorn Suite's Facebook, which looks exactly like a cake on the shelf at Walmart.

And we found a cake being advertised on the Popcorn Suite's Facebook that looks exactly like a cake on the shelf at Walmart.

Customer Stephanie Spancake said she made the discovery.

"She was selling it for $50 at her place," said Spancake.

Oreo doughnuts advertised on the Popcorn Suite's Facebook page appear to be from the famous Beiler's at Reading Terminal in Philadelphia.

Our 6abc cameras captured all sorts of Beiler boxes in the Popcorn Suite.

"She came in twice, three times a week sometimes," said owner Keith Beiler ."She got a bunch of doughnuts, pies, cakes and we loaded up her van."

Beiler said he didn't mind if Rowe sold his product, he liked the money.

Rowe declined our request for an on-camera interview.

In a phone call, she admitted to Action News she buys from Beiler's.

As for that Walmart cake, she says she buys from the same supplier as the big box store.

"If you look at her Facebook page, she clearly states over and over that these are cakes she made from scratch," said Spancake.

The New Jersey Division of Consumer Affairs said it's issued a cease and desist order for the Popcorn Suite due to the bakery's failure to post prices and a refund policy.

Karbach has filed a complaint summons in the macing incident.

A court hearing is set for next week.

Help the Action News Investigation team get to the bottom of the stories that impact you.

Use the below form to tell us your story idea: